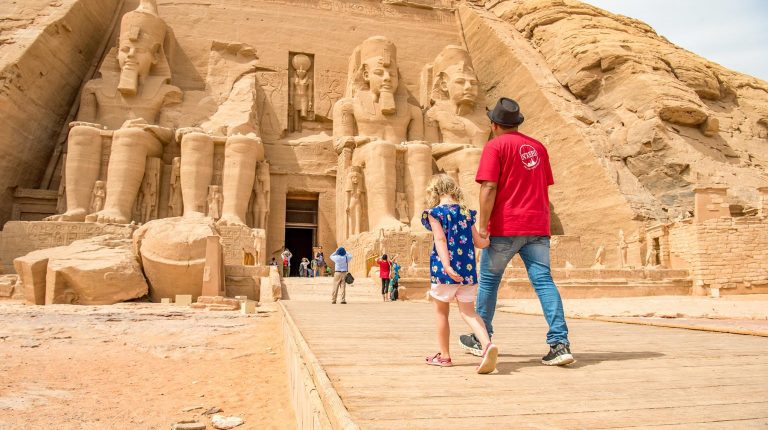 Egypt expects to see tourism revenues of $6-9bn in 2021, with the majority of tourist arrivals coming from Eastern Europe and the Gulf, according to Minister of Tourism and Antiquities Khaled El-Anani.

Speaking on the side-lines of a tourism conference held in Saudi Arabia, Bloomberg quoted the minister as saying, “With visitors’ numbers having risen to about 500,000 a month, Egypt is hoping for a total of more than 6 million tourists this year.”

El-Anani added that over 60% of current tourism arrivals to Egypt are from Eastern Europe or the former Soviet Union, while 20% are from the Gulf.

Egypt’s tourism revenues fell to around $4bn in 2020 from $13bn a year earlier, the minister told the Al-Arabiya news channel in January.

International flights at all airports nationwide were suspended on 19 March 2020, as part of the government’s efforts to curb the spread of the novel coronavirus (COVID-19) pandemic.

Inbound flights only resumed, as part of a first stage, on 1 July 2020 to three governorates, namely the Red Sea, South Sinai, and Matrouh. Tourism activities in Luxor and Aswan resumed in early September, with floating hotels allowed to resume work on 1 October.

Talking about the long-awaited inauguration of the Grand Egyptian Museum (GEM), El-Anani said that the authorities expect to open the museum, which is located in Giza and is anticipated to become a major tourist attraction, this year. He added, however, that this may be delayed to 2022.

The GEM, which has been built on a total area of 117 feddans, is the largest museum in the world dedicated to one civilisation, and its opening is eagerly awaited. Among its many artefacts, the museum will display over 5,000 items from the tomb of the Pharaoh Tutankhamun, which will be displayed together for the first time since their discovery.

The GEM also features the first hanging obelisk in the world, along with a Grand Staircase replete with monumental artefacts.