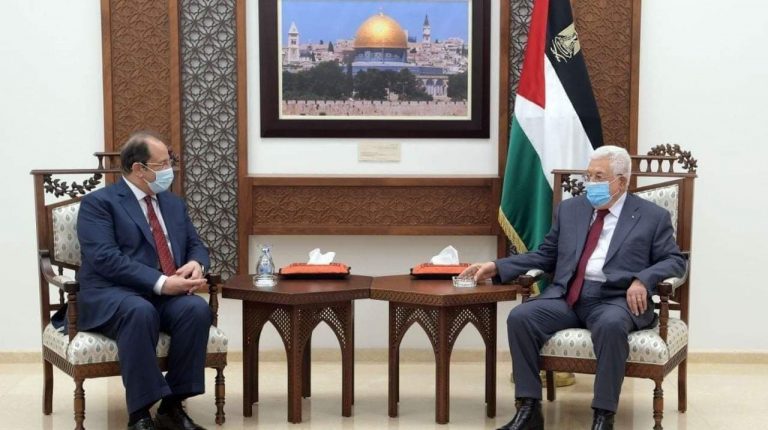 Egypt’s President Abdel Fattah Al-Sisi has directed efforts and meetings to take place between Israel and the Palestinian Resistance Movement, Hamas, to resolve the issue of prisoners and missing persons.

The two sides agreed to hold a Palestinian reconciliation conference in Cairo to unify stance.

Al-Sisi dispatched a high-level security delegation to Israel and the Palestinian territories, to discuss means to firm up a ceasefire with Palestinian factions.

The delegation will also tackle efforts of rebuilding the Gaza Strip, and reaching a comprehensive de-escalation in the West Bank and the besieged enclave.

The President also directed for the delegation to advance efforts to end the Palestinian division, stressing the importance of taking the necessary measures to ensure that escalation between Israel and Palestine does not recur.

The delegation is also expected to meet with Israeli Prime Minister Benjamin Netanyahu, Palestinian officials in Gaza, and Hamas leadership.

On 7 May, clashes began between Israeli forces in the West Bank and Jerusalem and civilians, as the latter were protesting forced displacement, particularly from Sheikh Jarrah in Eastern Jerusalem, and assaults on worshippers in Al Aqsa Mosque.

Between 10 and 20 May, Israel shelled and carried out airstrikes against the Gaza Strip. The aggression across Palestinian territories incurred 243 deaths, including 66 children, and 6,039 injuries, as reported by the Palestinian News and Information Agency (WAFA).

Following the demolition of Palestinian buildings by Israeli airstrikes, Egypt has allocated $500m to restore and rebuild the Gaza Strip.

Palestinian Ambassador to Cairo Diab Al-Louh pointed out, on 23 May, that the damage caused by the last Israeli aggression surpasses that incurred by any other strikes launched since 2006. That is because the road network has been completely destroyed, as well as 60% of the electricity network, in addition to the damage in wastewater and water supply networks.

“Thousands of houses in Gaza have no access to electricity now, and 100,000 Palestinian citizens lost their homes and properties, and even their identification documents,” the ambassador said.

He noted that those affected need significant help from the Palestinian Authority and other countries. He also encouraged Arab states to follow Egypt’s example, following its commitment to the Palestinians and the reconstruction of Gaza Strip.