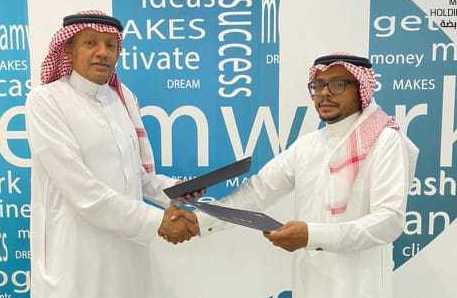 Radix Development, a real estate development company, one of the Saudi Muwafaq Group companies, has contracted with the Saudi Health Concept company to manage the medical sector in the former’s administrative project, Agile, in the New Administrative Capital (NAC).

The agreement was the first of its kind in the administrative and commercial projects in the NAC. It was signed by Sheikh Abdullah Al-Sabaan, Vice Chairperson of the Saudi Muwaffaq Group, and owner of Radix Development, and Sheikh Nayef Al-Samaih, CEO of Health Concept.

Al-Sabaan said the contract with Health Concept comes within the group’s keenness to provide medical services that are applied for the first time in the New Capital.

He added that according to the contract, the company will manage the medical part, starting from the construction of the project, to ensure the quality of the project.

Al-Sabban added that the Mwafaq Group will supervise the implementation of the project through one of its advisory branches. It is planned that the construction works will be assigned to one of the group’s companies during the next month.

The Saudi group has an ambitious plan to expand in the Egyptian real estate market during the coming period and to pump more investments to develop new projects, mainly in the New Capital and the New Alamein, to be in line with the Egyptian state’s orientations.

For his part, Sheikh Nayef Al- Samaih expressed his pleasure to work with the Muwafaq Group through Radix Development in the New Capital. He added that his company targets more cooperation with the group in the future.

Al- Samaih said that the medical part of the Agile project will include specialised clinics, testing laboratories, and a pharmacy.

He added that Health Concept will participate in reviewing the engineering designs of the medical part, in addition to developing a general plan for the operation of the sector.