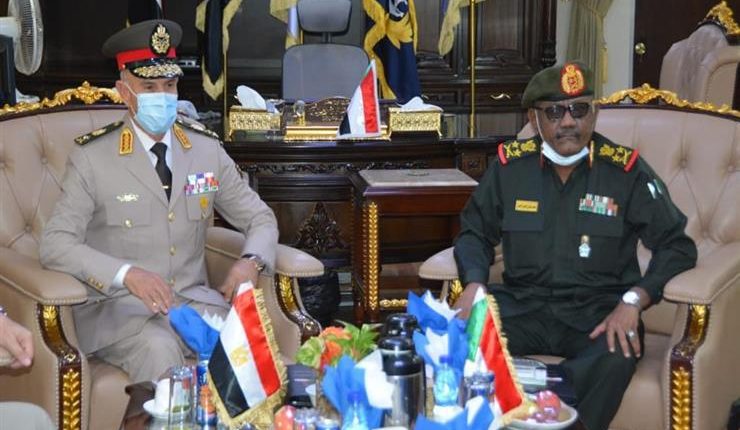 Farid added that Egypt’s joint training with Sudan, called “Protectors of the Nile”, has special features in terms of continuous development in coordination and planning work. These special features also relate to the preparations for implementing training, according to an accurate assessment of the field situation.

During a speech at the end of “Protectors of the Nile” activities under the joint Egyptian-Sudanese training, on Monday, Farid added that construction and continuous development on what has been achieved will take place.

This will also involve the lessons learned from previous joint exercises between Egypt and Sudan, which were called “The Nile Eagles 1 and 2”.

He pointed to the similar training needs of the two sides that have been taken into account.

Farid also noted that the arduous efforts made by the two countries’ leaders, and relevant bodies and departments of Egypt’s and Sudan’s armed forces, had a great impact on the success of the training and the achievement of its objectives.

He saluted the Egyptian and Sudanese leaders for providing the appropriate support in achieving a breakthrough in the joint military field.

“The most precious and dear thing that has been achieved in joint action during the past period is the documentation of the cohesion and connection of the Egyptian and Sudanese fighter in the north and south of the valley, whose motto is strength,” Farid said, “His way is to prepare and work, his goal is truth, and his message is peace.”

He called on the Joint Chiefs-of-Staff from both countries to continue communication and coordination in the two countries and to draw lessons learned from joint training.

This would take place in preparation for implementing the next version of the training as soon as possible, and according to the results of joint coordination.

The “Protectors of the Nile” training project, in which elements of the ground forces, air forces, and air defence participated, took place from 26 to 31 May in Umm Siala region of Sudan.

The training scenario included a number of exercises, mobilisations, and other specific exercises.