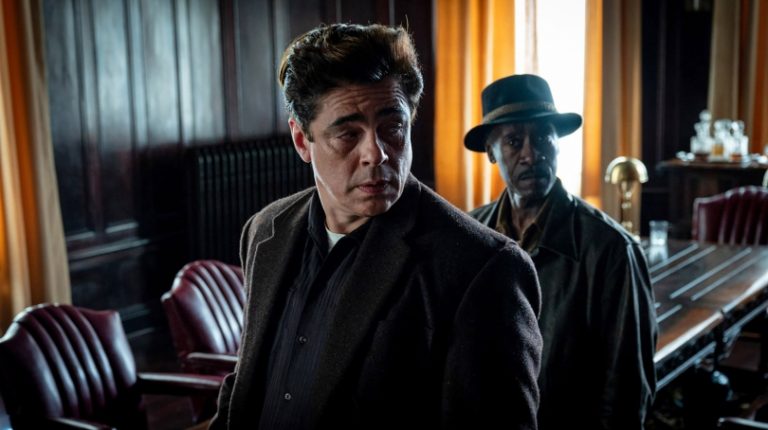 The 2021 Tribeca Film Festival will spotlight the highly anticipated crime drama the Steven Soderbergh-directed film No Sudden Move as its Centerpiece Gala selection for the Festival’s 20th anniversary.

The outdoor premiere of the film will take place at The Battery in New York City on 18 June, as part of Tribeca’s 12-day celebration to re-open New York and bring live entertainment back. Members of the cast will also make an appearance at the live event.

The story centres on a group of small-time criminals who are hired to steal what they think is a simple document. When their plan goes horribly wrong, their search for who hired them, and for what ultimate purpose, weaves them through all echelons of the race-torn, rapidly changing city.

Soderbergh said, “A year ago I was on lockdown in Tribeca, so I never imagined we could return 12 months later with a new film screening for a live audience in our neighbourhood.”

Jane Rosenthal, Co-Founder and CEO of Tribeca Enterprises and the Tribeca Festival, said, “’No Sudden Move’ is a fantastic addition to our line-up and Steven has been such a great friend of the festival.”

“Each year, he brings a unique ability to capture audiences through his films, with such powerful and prolific moments,” she added, “I suspect this year will be no different. ‘No Sudden Move’ will definitely be a crowd-pleaser, and I’m looking forward to enjoying it under the New York skyline.”

Chief Content Officer Paula Weinstein added, “We’re absolutely thrilled to have the film as part of this year’s line-up.”

She added, “Once again, Steven has assembled a powerhouse ensemble cast in a story that is uniquely Soderbergh.”

Weinstein noted that the festival’s audiences are eager to celebrate the film-going experience together again and this film will thoroughly entertain.

Recently, the Tribeca Film announced their plans for the upcoming festival, including partnerships with some of the most iconic outdoor sites. These areas allow festival-goers to safely gather and celebrate various programming, spanning from films, TV, immersive exhibitions, games to podcasts, concerts and more.

The film comes from a screenplay written by Ed Solomon and produced by Casey Silver, both of whom Soderbergh collaborated with on his HBO series Mosaic. Julie Anderson was the executive producer.