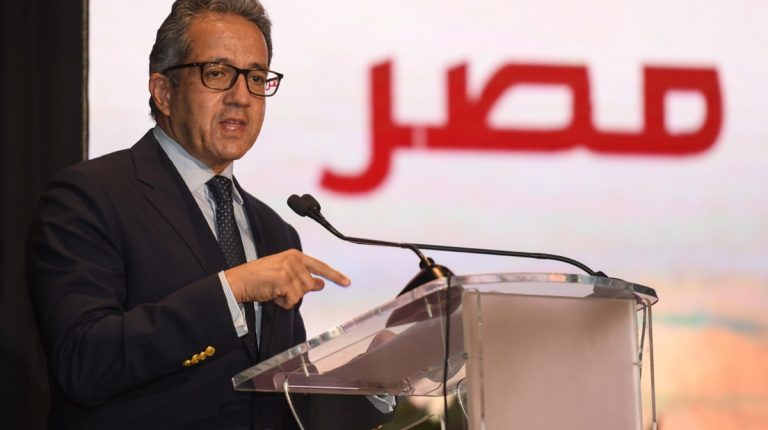 Egypt’s Minister of Tourism and Antiquities Khaled El-Anani announced, on Monday evening, that the development project for the Virgin Mary’s Tree will be inaugurated during the coming days.

The announcement came during the minister’s speech at the celebration marking the anniversary of the entry of the Holy Family to Egypt. The Virgin Mary’s Tree is seen as one of the points of the Holy Family’s journey in the country.

The minister said that the journey of the Holy Family in Egypt is a historical and spiritual path that is unique to the Coptic Church in Egypt. The flavours of that holy journey still remain in the country, and people are still blessed by visiting the places the Holy Family passed through.

El-Anani pointed out that the Holy Family Path is one of the most important national projects, and one that the state has paid great attention to for several years under the directives of President Abdel Fattah Al-Sisi.

The Prime Minister has also constantly reviewed the projects, and several government agencies are participating in the path’s development in cooperation with the Coptic Church of Egypt.

The minister pointed out that he and Prime Minister Mostafa Madbouly have issued a joint decision to establish a national committee, including all ministries, relevant authorities, and the Egyptian Church. The committee’s work is to follow up on the implementation of this important file, given its importance to the country.

In his speech, El-Anani explained the three axes through which the Ministry of Tourism and Antiquities works on this important urban development tourism file. It would contribute to the development of the surrounding communities along the route.

Regarding the second axis, the minister explained that it is related to developing and raising the efficiency of the infrastructure of the areas surrounding the points of the Holy Family path. This is led by the Ministry of Local Development, in cooperation with the Coptic Church of Egypt.

El-Anani noted that during the current year, both he and Minister of Local Development Mahmoud Shaarawy, have inaugurated three infrastructure development projects at the points through which the Holy Family Path passes. These are located in the Samannoud, Sakha, and Tal Basta, all in the Delta region. He added that the third axis is concerned with promoting the Holy Family tour.

Papal elections then and now