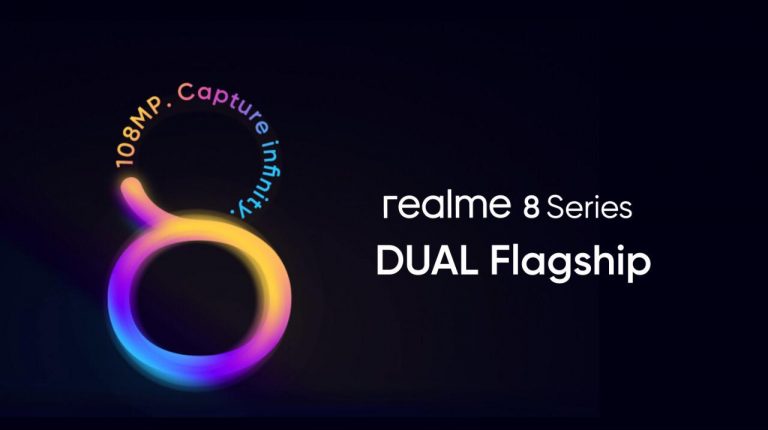 realme – the fastest growing brand in the world in the field of smartphone technology and artificial intelligence products – announced the official launch of three of its most advanced smartphones in the Egyptian market. At the top of the list of the releases are the realme 8 & realme 8 Pro smartphones, both featuring advanced operating and entertainment capabilities. Additionally, the company is releasing the realme C25 smartphone, tailor-made for gaming enthusiasts who are looking for smartphones at an affordable price. Social platforms Facebook, YouTube, and Instagram.

Hisham Moharam, Marketing Manager and spokesperson for realme Egypt, confirmed that the company has succeeded in gaining the confidence of 70 million users of its smartphones amongst 40 million of its number series phones. He also explained that realme will provide a free AMOLED warranty service for one year on the screen of realme 8 or realme 8 Pro for all customers who purchased the smartphone from 1 to 15 June 2021 according to the purchase invoice issued by the official authorized service center.

realme 8 Pro is called a combo flagship because it comes with many amazing features. The most prominent of which is the quad camera that incorporates the new Samsung 1/1.52 inch HM2 108MP sensor which has a maximum resolution of 12000×9000, providing an ultra-sharp photo quality. HM2 sensor supports the technology of 9-in-1 Pixel Binning, which enables nine adjacent 0.7μm pixels to be combined to one large 2.1μm pixel and improve the image quality even under dim light. The next major feature incorporated in the realme 8 Pro is the In-sensor Zoom, which enables the realme 8 Pro to take eight 12MP photos in a row and then input them into the clarity enhancement algorithm to further increase the image clarity, resulting in better image quality than some optical telephoto lenses in terms of sharpness.

realme 8 Pro is the first smartphone in the world to support time-lapse video shooting with Tilt-shift Time-lapse, realme’s new tilt-shift photography algorithm can take tilt-shift photos Tilt-shift Mode that turns the real world into a miniature world presenting the world fantastically and uniquely, in addition to a “dual view” video mode that allows recording from front and back cameras at the same time, and other amazing photographic features and capabilities.

realme 8 Pro comes with a 6.4-inch Full HD Super AMOLED screen with fingerprint unlock technology, Android 11 operating system, realme UI 2.0 for a faster safer, and smoother user interface, a Snapdragon 720G processor, and a giant 4500 mAh battery and charger. The fast 50W SuperDart charger is capable of charging the battery from 50% in just 17 minutes. The “Dare to Leap” slogan is displayed on the back of the phone using consumers’ favorite AG-Crystal technology, which provides them with a smooth touch while using the phone. All these features with a thinner design of 8.1 m and a weight of just 176 g and at the competitive price of EGP 5,690.

It is considered the best in the mid-range price category for less than EGP 5000, as it comes with the MediaTek Helio G95 gaming processor, a 64-megapixel ultra-clear quad camera supported by AI technologies, with a 6.4-inch Super AMOLED screen to ensure clarity from all angles, and a giant battery 5000 mAh and a 30-watt fast charger SuperDart charges 50% of the battery in just 26 minutes. the phone also features an advanced cooling system based on Copper Liquid Cooling, which increases the cooling efficiency by 14.4% and maintains the speed and maintenance of the phone performance. The phone uses a modern design, with a slimmer size of 8 m and a weight of 177g, with the “Dare to Leap” slogan on the back of the phone, and sold at a competitive price of EGP 4,690.

realme also launched its C25 phone, nicknamed the Ultimate Gaming Monster, for its superior capabilities in playing games for the longest period without interruption, as it comes with an Helio G70 gaming processor, a giant 6000mAh battery, an 18W fast charger, in addition to a 48-megapixel triple camera enhanced with artificial intelligence technology. realme C25 received the certification of TÜV Rheinland High Reliability, confirm the phone’s ability to withstand various conditions and shocks, and maintain its quality. All of these features make it the best in the economical price category of EGP 2,790.