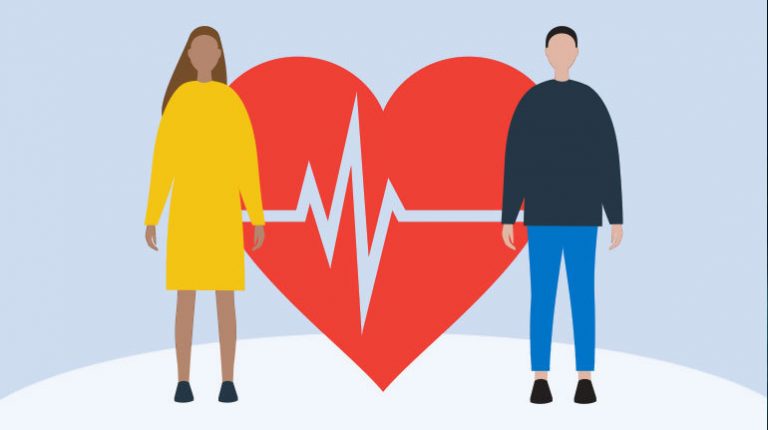 Women who experience acute aortic dissection, a spontaneous and catastrophic tear in one of the body’s main arteries, are more likely to die than men.

They are also older and have more advanced disease than men when they seek medical care, according to research published online today in The Annals of Thoracic Surgery.

“Data over the course of the last few decades demonstrate differences in both presentation and outcomes between males and females who have acute aortic dissection, with greater mortality among females,” said Dr Thomas Gleason from Brigham and Women’s Hospital in Boston, Massachusetts, “This study underscores the need for further interrogatories into these sex differences that may help provoke refined sex-directed strategies to further improve outcomes.”

Dr Lauren Huckaby from the University of Pittsburgh in Pennsylvania, Gleason, and colleagues queried the Interventional Cohort (IVC) of the International Registry of Acute Aortic Dissection (IRAD).

This was with the aim of exploring sex-specific differences in presentation, operative approaches, and outcomes in patients with type A acute aortic dissection (TAAD).

IRAD is the largest consortium of centres worldwide, comprised of 55 institutions in 12 countries, that collects and analyses data related to the clinical aspects of aortic dissection. The IVC was initiated to provide more detailed insight into surgical techniques and procedures for aortic dissection.

The Stanford classification divides aortic dissections into two groups, A and B, depending on the location of the tear in the aorta. In type A dissection, the tear begins where the aorta exits the heart (ascending aorta) and frequently extends from the upper to lower sections of the aorta, compromising blood flow throughout the body.

Type A aortic dissections have a high likelihood of migrating toward the heart, where they become deadly by rupturing into the pericardial sac that surrounds the heart.

As many as 40% of people with aortic dissections die instantly, and the risk of death increases approximately 1% for every hour that the diagnosis and surgical repair are delayed, according to multi-society clinical practice guidelines.

Within the IRAD-IVC database, the researchers identified 2,823 patients who experienced TAAD between 1996 and 2018, and underwent operative repair or a surgical approach as part of a hybrid repair. Approximately 34% of the patients were female.

Although less frequently affected by TAAD, female patients were significantly older than male patients (65.4 years versus 58.6 years on average), and had different presenting symptoms. These included hypotension (low blood pressure) and greater evidence of malperfusion (loss of blood supply to a vital organ), with a higher prevalence of shock (31.3% versus 22.2%) and coma/altered consciousness (11.5% versus 7.5%).

Dr Benjamin Youdelman, from the Maimonides Medical Center in Brooklyn, New York, who was not directly involved in this research, explained that these variances in clinical presentation indicate that women may be waiting longer to seek medical care compared to men.

This may be due to female patients being “stoic”, not considering their symptoms as signs of a significant problem and not prioritising their care.

“The result is presenting for medical care later, with a greater percentage of women in shock and mental status changes that are often attributed to a stroke, which can further delay the correct diagnosis of an aortic dissection as the cause,” said Youdelman, who works closely with the aortic disease awareness campaign Think Aorta US, “All of this results in worse early outcomes after aortic dissection for women compared to men.”

He added that it has been known for a long time that outcomes after aortic dissection are dependent on time to treatment – the faster a person is treated the better.

The researchers also found differences in imaging: Female patients were more likely to experience intramural hematoma, which is blood leaking through the innermost layer of the aortic wall and flowing between the inner and outer walls (19.4% versus 13.2%), and complete (17.2% versus 10.2%) or partial (24.8% versus 19.4%) false lumen thrombosis.

In aortic dissection, the force of the diverted blood splits the aortic wall layers, leading to the formation of a false lumen or newly created passageway for blood flow.

“The recognition that women present differently and later in the course suggests that they may be seeking emergency care in a more delayed fashion than men,” said Gleason.

“Accordingly, clinicians should respond to these sometimes opaque signs and symptoms by considering aortic dissection early,” he added, “These findings at presentation should raise suspicion among physicians into the possibility of aortic dissection, giving rise to immediate diagnosis to allow for more efficient surgical management. We should be hyper-vigilant in women to avoid any further delays in treatment.”

In fact, the less frequent use of complete arch replacement in female patients, 15.2% versus 20.6%, was highlighted by the researchers. This is because worse outcomes after the operation historically have been demonstrated.

The researchers deduced that this more aggressive approach may be avoided in the treatment of older, female patients due to concerns for worse outcomes.

Overall, female patients had increased mortality, although in the last few years, mortality between the sexes was comparable, which suggests recent improvements in care. According to Gleason, more lives were saved due to this improved care.

Youdelman explained that family medical history also is a critically important factor for identifying patients at risk and saving lives.

“Once this information is shared with the health care team, an evaluation by CT scan to achieve definitive diagnosis and rapid treatment would result,” he said, “Patients should start conversations with their families; it may save a life.”

Further study by the researchers is expected in order to better understand what is driving the development of acute aortic syndromes in each sex. This is in addition to more accurately determine dissection risk and inform individualised treatment decisions.