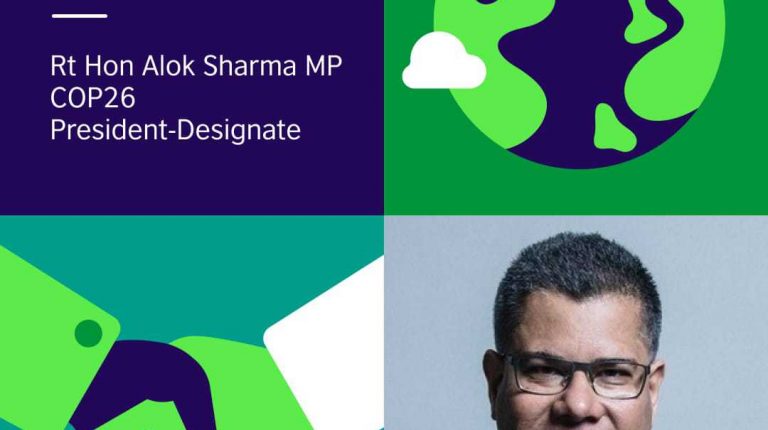 The British Council has announced the launch of a new global campaign to address the climate emergency, in the lead up to this November’s UN Climate Change Conference (COP26).

The Climate Connection campaign will bring together people from around the world to share their ideas and perspectives on climate change. It will also look for solutions using education, art and culture, and science.

The British Council will launch the campaign on Thursday at 10 am, with a free webinar to host: Egypt’s Ahmed Yassin, founder of Banlastic, an environmental organisation concerned with the plastic waste problem; Alok Sharma, President of COP26 and former British Secretary of State for Business, Energy, and Industrial Strategy; and Stevie Spring, President of the British Council, who visited Egypt in 2019 on her first foreign visit after taking office that year.

The UK will host COP26 in the Scottish city of Glasgow from 1 to 12 November. The British Council is supporting the UK government’s ambition for the event to be the most inclusive ever, by using its global networks to inspire millions of people around the world to take action against climate change.

A British Council survey of almost 40,000 young people aged 18-34 across 36 countries, including the Group of 20 (G20) countries, found that they perceive climate change to be the most important issue facing the world today.

The Climate Connection, which launches in the week leading to World Environment Day on 5 June and runs until the COP26 summit in November, includes the following initiatives.

There will be 17 Creative Commissions bringing together people from the UK and 28 countries to explore climate change through art, science, and digital technology. These creative projects address issues such as climate migration, plastic pollution, costal erosion, deforestation, biodiversity, landscape, air pollution, wildfire and melting glaciers.

Another initiative is Green Careers, supporting young people to build successful careers that help the planet, through advice on education opportunities and routes into green jobs.

She added, “Through the Climate Connection campaign, we will leverage our expertise in education, the arts, and cultural exchange to connect youth, policy makers, educators and English language professionals from around the world, to work together to find innovative solutions to the largest global emergency we face.”

Elizabeth White, Director of the British Council in Egypt, said, “One of our most important goals is to create opportunities for young people and we have been working on this for 80 years in Egypt through education, as well as by creating dialogue to find inclusive, constructive solutions that serve the wider community.”

She noted that the British Council is proud to have Ahmed Yassin among the speakers on this the global event. After using his debate skills developed through the organisation’s Young Mediterranean Voices programme, he was able to influence youth and private companies to join him in reducing plastic waste, she added.

It also meant that he could help create jobs and foster innovation among young Egyptian entrepreneurs who are offering alternatives to plastic.

The British Council is the UK’s cultural relations organisation, creating opportunities for people globally to connect and engage with each other through the arts, education and English language.