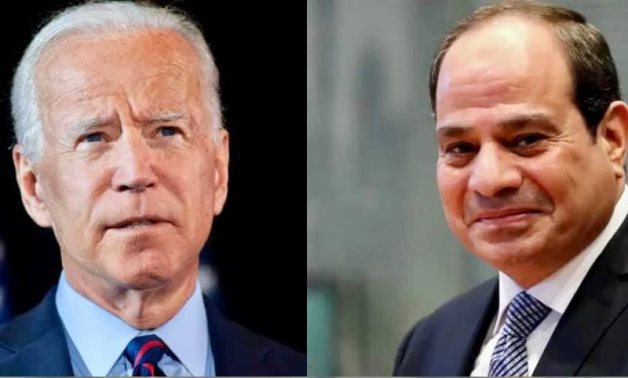 Over the decades, Egyptian-US relations have been characterised by their strategic nature governed by fixed determinants, the most important of which is support for peace in the Middle East, despite periods of tension that affected this relationship.

This is because the Egyptian-US relations were, and will continue to be, governed by the fact that the US is a global power with broad interests in various regions of the world, and that Egypt is a regional power that has its commitments and its vision of regional issues.

Most importantly, despite the succession of US presidents and their different attitudes towards the Middle East, and Egypt in particular, Egyptian-US relations have never been reduced to the mandate of any particular US president.

The Egyptian state has succeeded, since the era of the 1980s, in establishing successful bilateral relations by communicating and working with all institutions. These include: Congress; the financial and business sectors; research centres; civil society organisations; and the media. This is in addition to the administration with its components, of course, and improving the image of Egypt in the eyes of US, inside and outside Washington.

This is because President Sadat believed in all of the West, and the US in particular, as a superpower through which Egypt can play a pivotal role in the region and reinforces its regional position.

President Muhammad Hosni Mubarak also followed the same pattern, and that is why US-Egyptian relations were distinguished from other regional countries.

These strong ties with the Mubarak regime made the US administration reluctant to support the popular revolution against this regime on 25 January, but it soon took a different stance in support of the revolution.

Despite this, and after the 30 June revolution, relations between Egypt and the US became tense, witnessing a state of apathy, as a result of which the military aid and part of the economic aid that Cairo received were stopped.

The US strategy towards Egypt after the 30 June revolution cannot be separated from the vision adopted by the Obama administration towards the Middle East. This was based on the alliance with the current of political Islam, such as the Justice and Development Party in Turkey, and the Muslim Brotherhood in Egypt.

The US administration was driven in this alliance by the perception that Islamists could contribute to democratisation and improving living conditions in the countries of the region. Accordingly, the policies of former President Obama’s administration caused some kind of divergence, but they did not reach a worse stage.

However, despite all the internal and external pressures, challenges, and risks, Egypt has succeeded in making its decision independent, whilst strengthening its regional and international standing.

This steadfastness of the Egyptian state caused a shift in the official US view of the situation in Egypt. US Secretary of State John Kerry admitted that in August 2013, the Egyptian army had restored democracy when it overthrew the former president [Mohamed Morsi] on 3 July 2013, after mass demonstrations against his rule.

He emphasised that what happened was the implementation of the will of millions of the Egyptian people and not a military coup as some see it. The army prevented the country from sliding into chaos.

The most important thing is that Egypt, after this challenging period, has adopted a new direction in its foreign policy, through a strategic view of the US based on mutual and common interests.

It is also based on the affirmation of its commitment to its strategic partnership with the US and its keenness to develop and strengthen it. Based on that, and since President Abdel Fattah Al-Sisi assumed the presidency, the Egyptian state has sought to rebuild its foreign policy based on the principles of parity, commitment, mutual respect, and non-interference in its internal affairs.

Al-Sisi emphasised, from the first moment, that Egypt manages its relationship with the world within the framework of partnership, not subordination, as it is not subordinate to anyone. He stressed that Egypt has stable strategic relations that it maintains and seeks to develop, which are relations based on the exchange of interests, political dialogue, and mutual respect.

There is no doubt that what we are witnessing today the remarkable rapprochement between Al-Sisi and Biden administrations, and the recognition of Egypt’s opinion on all regional issues ,is mainly due to the efforts made by Al-Sisi to restore Egypt’s pioneering role in the region. This has taken place through a balanced and successful foreign policy.

This policy enabled Egypt to obtain a non-permanent seat in the Security Council, presiding over the Arab summit, obtaining membership in both the Peace and Security Councils of Africa, and being selected for the presidency of the African Union.

Moreover, Egypt has proven, through its ability to stop the [Israeli attacks] in the Gaza Strip in the recent crisis, that it is indeed capable of ensuring stability and supporting peace in the Middle East.

Dr Marwa El-Shinawy, PhD in US Theatre and member of the Higher Committee for the Cairo International Festival for Contemporary and Experimental Theatre