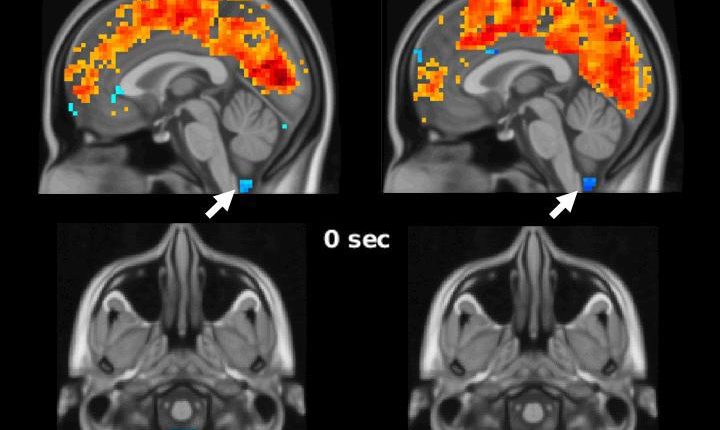 Evidence has come to light of sleep-dependent low-frequency global brain activity of less than 0.1 Hz in the clearance of Alzheimer’s disease-related toxin build-up.

The research has been published on 1 June 2021 in the open access journal PLOS Biology by Xiao Liu and colleagues at the Pennsylvania State University.

The neuronal activity was more strongly linked with cerebrospinal fluid flow in healthy controls than higher risk groups and patients. The findings could serve as a potential imaging marker for clinicians in evaluating patients.

The development of Alzheimer’s disease is believed to be driven by the build-up of the toxic proteins amyloid-β and tau in the brain.

Individuals underwent resting-state fMRI sessions two years apart, and the team compared their findings with neurobiological and neuropsychological markers related to Alzheimer’s disease, such as levels of the toxic protein amyloid-β.

The strength of the connection between brain activity and cerebrospinal fluid flow was weaker in individuals at a higher risk or who had already developed Alzheimer’s disease.

This suggests an important role for sleep-dependent global brain activity in the clearance of brain waste, and its connection to cerebrospinal fluid flow could be helpful as a future marker for clinical evaluation.

He also said that the finding highlights the potential role of low-frequency, of less than 0.1 Hz, for resting-state neural and physiological dynamics in the neurodegenerative diseases.

This is presumably due to their sleep-dependent driving of cerebrospinal fluid flow to wash out brain toxins. Future studies are necessary to fully understand the global brain activity and associated physiological modulations, as well as their role in glymphatic clearance and neurodegenerative diseases.