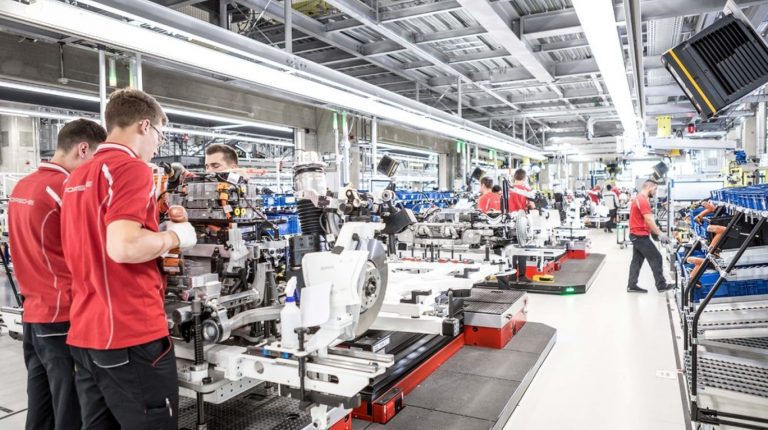 Egypt’s non-oil private sector activity contracted for the sixth month in a row, but at its lowest pace in three months, and also it witnessed a slight rebound in comparison to April, according to IHS Markit Egypt’s Purchasing Managers’ Index (PMI).

The latest figures, which remain below the 50.0 threshold that separates growth from contraction, signals in May a rebound to 48.6 up from 47.7 in April.

“Output levels continued to contract midway through the second quarter, although the rate of decline eased considerably from April when businesses were widely closed due to the COVID-19 pandemic. Many firms remained shut in May or operated at reduced activity, but some were able to reopen. New business volumes also remained weak, with companies finding that demand had stagnated amid the coronavirus crisis. However, the rate at which new orders fell was noticeably weaker compared to April, helped by a slower decline in exports,” according to the report.

The report showed out that purchasing activity meanwhile fell for the fifth consecutive month, as input requirements remained low amid weaker sales. Stock levels decreased at a faster rate, due to both lower purchases and the restarting of production at some companies

On the positive side, the report showed that deliveries made to Egyptian companies were only slightly slower in May, following sharper deteriorations in vendor performance during March and April as supply chains struggled to cope with the pandemic.

Commenting on the latest survey results, David Owen, Economist at IHS Markit, said: “The Egypt PMI rose 11 points to 40.7 in May which, while signalling that the worst of the economic hit from the COVID-19 crisis may have passed, still pointed to weaker business conditions since April.

“The remaining solace for Egyptian firms is that overall cost burdens eased for the first time in the series history, as wage cuts coupled with only a marginal rise in purchase prices in May. This could be important as firms look to maintain low output prices for when the economy recovers, with the market environment likely to be challenging,” Owen said.

He added that sentiment was still positive, though concerns arose that the US/China relationship is worsening, which could affect any rebound in global demand.

According to the report, the outlook for activity in 12 months’ time weakened from April, although it remained higher than March’s recent low.

It said that businesses were generally hopeful that the eventual passing of the COVID-19 crisis could lead to a rebound in the market. That said, many firms expressed concerns that virus cases continued to rise, while also noting greater tensions between the US and China and the potential impact on exports.