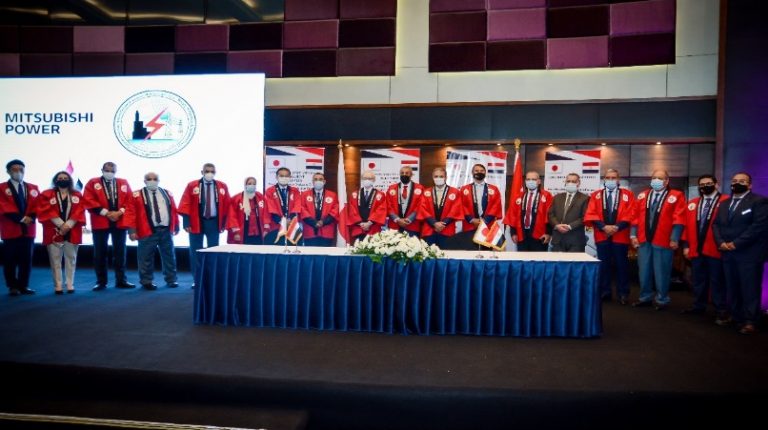 The Japan International Cooperation Agency (JICA), represented by Chief Representative of its Egypt Office Omura Yoshifumi, has marked the 80% completion of the El Atf and Sidi Krir power plants upgrade.

In mid-2019, the rehabilitation of the Cairo North Power Plant was also completed under the same project, while full completion of the Sidi Krir and El Atf plants are targeted in November 2021.

This achievement comes as part of the Electricity Sector Rehabilitation and Improvement Project, financed by JICA with an amount totalling about $400m for the above mentioned three power plants.

The project includes upgrades to increase the output at the plants, whilst improving their power generation efficiency, and reducing facility downtime.

The ceremony was attended by: Gaber Dessouki, Chairperson of the Egyptian Electricity Holding Company (EEHC), on behalf of Egypt’s Minister of Electricity and Renewable Energy Mohamed Shaker; Japan’s Ambassador to Egypt Noke Masaki; as well as Carlos Peton, CEO of Mitsubishi Power Europe.

The attendees also included representatives from the West Delta Electricity Production Company (WDEPC), which operates the Sidi Krir complex as a subordinate of the EEHC, and officials from the relevant Egyptian authorities.

The project plays an important role since it is expected to recover the installed capacity of the existing thermal power plants, and reduce greenhouse emissions. This will take place through upgrading the equipment of existing thermal power plants and provision of spare parts, contributing to the stability of electricity supply, as well as economic and social development, and climate change mitigation in Egypt.

Dessouki said that the rehabilitation and improvement of the existing plants is regarded as useful, since it often requires less time and is more cost-effective than the construction of new power plants. He also hailed the fruitful cooperation with JICA that has been ongoing for many years.

For his part, Omura shared JICA’s aspiration for further strengthening of cooperation in the future.

He highlighted that the El Atf and Sidi Krir projects, which were implemented by Mitsubishi Power in 2009, are still functioning and in good condition. They are also able to achieve a 17.5% power increase and enhanced efficiency through this project. This is also a testament to the sustainability and reliability of Japanese technology, which JICA is proud of.

Omura also emphasised that this project adds to JICA’s success stories in cooperation with the Egyptian Government. He pointed to the record of Japan’s cooperation in the cooperation and development sector, which has realised great advancement, reform, and stability under the leadership of President Abdel Fattah Al-Sisi and Minister Shaker.