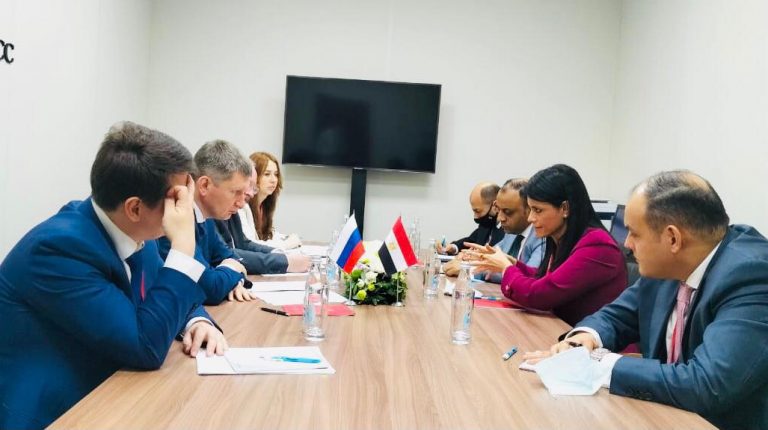 The meeting took place in the presence of Ahmed Samir, Chairperson of the Economic Affairs Committee in Egypt’s House of Representatives, on the sidelines of the 24th St Petersburg International Economic Forum (SPIEF).

During the meeting, the two sides discussed strengthening bilateral relations on several fronts, including trade and investment.

In trade, Egypt is Russia’s top partner in Africa, holding 83% of the latter’s African trade volume and 33% of its overall trade volume with Arab countries. There are also 472 Russian companies investing in Egypt, making up for $1bn of issued share capital.

In the transportation sector, Russia has provided support for Egypt by supplying and manufacturing over 1,000 railway vehicles. The two countries also signed a 50-year agreement that will see a Russian Industrial Zone established in the Suez Canal Economic Zone (SCZone), which aims to attract over $7bn of investment and create 35,000 jobs.

Both Ministers looked into possible areas for future cooperation in the energy, infrastructure, railways, mining, and oil and gas sectors. They also explored the opportunity of Russian participation in the National Project of Grain Silos that aims to establish 50 silos for grain storage with a capacity of 1.2 million tonnes across 17 governorates in Egypt.

The two ministers also discussed the Free Trade Agreement between Egypt and the countries in the Eurasian Economic Union (EAEU). The agreement will serve to present Egypt as a link between the EAEU and the African Union (AU).

Minister Al-Mashat assured that, despite the novel coronavirus (COVID-19) pandemic, Egypt’s development efforts were not derailed but rather expedited. The country was also singled out and celebrated for its sound policy choices and partnerships that supported economic growth.