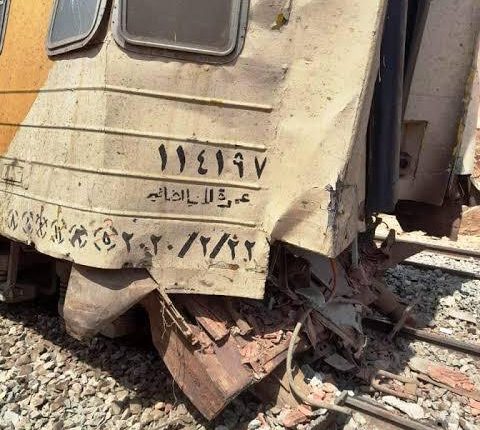 A rail tractor crashed into a broken down passenger train which had been travelling to the Aswan High Dam, the Egyptian National Railways (ENR) reported, on Saturday.

The tractor had been sent to rescue the passenger train located South of Aswan, but instead crashed into it, the ENR added. The crash caused material damage and injured five people, including the tractor driver. Those injured were transferred to the Aswan University Hospital for treatment.

The authority has suspended the tractor driver and his assistant from work, with the pair transferred to the Public Prosecution for investigations.

Due to his injuries, the tractor driver was referred to the hospital for treatment accompanied by policemen, until the ending of investigations.

In April, a train was derailed in Toukh, killing 11 people and injuring 98. Another crash took place in Sohag, Upper Egypt, on 26 March, in an accident which saw two trains collide, resulting in dozens of casualties. Eight railway employees have been detained pending trial in the Sohag train crash case.