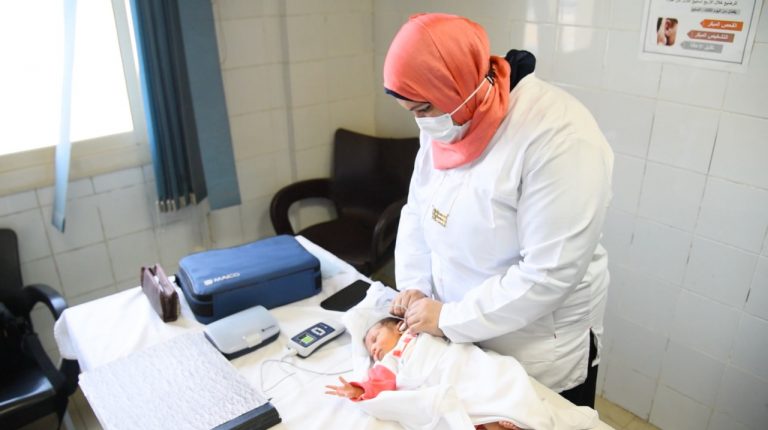 Egypt’s Minister of Health and Population Hala Zayed announced, on Sunday, that over 1.64 million new-borns have been examined for hearing loss and impairment.

The nationwide screening came as part of President Abdel Fattah Al-Sisi’s initiative for the early detection and treatment of hearing loss and impairment for new-borns. The latest ministry figures reflect the number of new-borns who have been examined since the launch of the initiative in September 2019.

The ministry said that 4,215 non-Egyptian children residing in Egypt were examined as part of the initiative, which was launched at 1,346 health units nationwide.

The initiative aims to conduct hearing examinations for children starting from the day of birth until the age of 28 days.

In a statement, the ministry revealed that 99,118 children were transferred for re-examination through a confirmatory test, a week after the first examination in the same unit.

A total of 9,356 children were transferred after the second test to referral hospitals in their governorate for higher evaluation. This would also ensure those who needed medical treatment would receive the relevant attention.

Those requiring cochlear implantation would receive the necessary referral and transfer, according to the condition of the child.

Recently, the Ministry of Health and Population has updated birth certificates to include the results of the hearing examination. Registration is undertaken through the birth database and the vaccination file, with the aim of creating a complete file for the child that includes their health condition and ensures their safety.