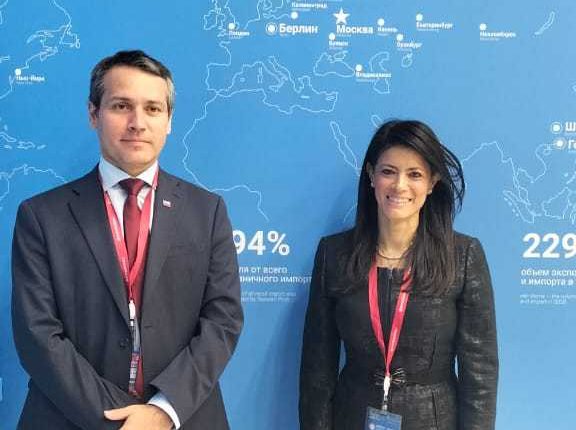 During the meeting, the two sides also discussed activating a joint committee that can strengthen economic cooperation between the two countries.

This comes within the framework of bilateral meetings held by Minister Al-Mashat during the St Petersburg International Economic Forum (SPIEF) to discuss common interests between Egypt and its partners.

The committee would encompass technical preparations to help in identifying common interests between the two countries.

Relations between Egypt and Chile are governed by an economic cooperation agreement between the two countries that began in 1988, and which is automatically renewed every five years.

This agreement also provides for the inauguration of the Joint Committee for Economic Cooperation.

Minister Al-Mashat stressed Egypt’s keenness to strengthen relations with its partners, and to consolidate economic cooperation that will allow for the achievement of common interests.

Activating a Joint Committee for Economic Cooperation would open the door to new prospects of cooperation between the two countries.

As a result, it would allow an exchange of expertise and experiences in various fields, while maximising the relations in several sectors such as industry, agriculture, electricity, maritime transport, and fishing.

During the meeting, Minister Al-Mashat also discussed the Pacific Alliance forum that took place in Chile last November. She added that the topics addressed at the time can be opportunities for cooperation in trade, digital economy, science, technology, innovation, creative industries, and SMEs.