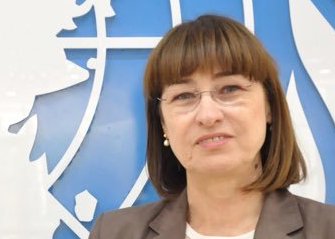 Panova said that Egypt is one of 12 countries globally that presents its voluntary National Review, which serves as a report on where the country stands relating to the SDGs.

She pointed out that only 12 countries, including Egypt, have presented this report three times, which reflects their commitment.

Panova’s remarks came during the opening of a series of workshops organised by the United Nations Media Center in Cairo for journalists and media professionals, which will focus on the UN’s SDGs 2030.

As part of this, she highlighted the importance of ensuring that the media understands the SDGs well.

She also mentioned that it is clear that most countries will not be able to achieve all SDGS by 2030 due to the novel coronavirus (COVID-19) pandemic. However, there is a definite chance that some countries will make progress in these SDGS.

Panova praised a number of initiatives launched by the Egyptian state, as part of efforts aimed at eliminating poverty and empowering women, youth, and marginalised groups.

The first in the series of workshops on the SDGs organised by the United Nations Media Center in Cairo was held on Monday, and focused on the first goal which is “End poverty in all its forms everywhere”.

According to UN data, over 700 million people, or 10% of the world population, still live in extreme poverty today. This means that they are struggling to fulfil the most basic needs like health, education, and access to water and sanitation, to name a few.

Meanwhile, the majority of people living on less than $1.90 a day live in sub-Saharan Africa. Worldwide, the poverty rate in rural areas is 17.2%, more than three times higher than in urban areas.