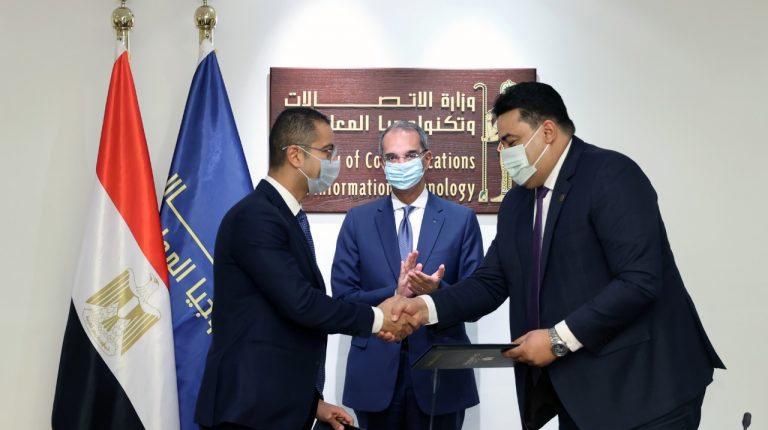 The amendments ensure that Vodafone Egypt will pay exceptional dividends estimated at EGP 10bn to shareholders during the current year 2021, of which EGP 2bn has already been disbursed in March.

The EGP 10bn will be provided according to the stakes of the company’s owners. TE owns a 45% stake in Vodafone Egypt, while Vodafone International has the rest 55%.

Egypt’s Minister of Communications and Information Technology Amr Talaat witnessed the signing between the two sides.

As part of the agreement, the two parties also agreed to set a minimum future dividend of 60% of Vodafone Egypt’s free cash flow.

Additionally, TE will maintain the rights contained in the current shareholders agreement, in addition to obtaining some additional minority rights, including the right to obtain information about its investment in the company.

Talaat said that this agreement comes as part of enhancements to the climate of compatibility between companies. This will have a positive impact on the development of the Egyptian telecommunications market, and improve the quality of services provided to users.

He referred to the Ministry of Communications and Information Technology’s keenness to support all efforts and policies that stimulate the development of investments by companies operating in the Egyptian telecommunications sector.

The sector serves as a major partner in implementing Egypt’s digital strategy.

Adel Hamed, Managing Director and Chief Executive Officer at TE, said that this agreement provides a mutual benefit for both parties. This is because TE was, and still, is a strategic partner for Vodafone International Group in the Egyptian market.

He added that this improved agreement guarantees the preservation of the strategic partnership of the two parties in light of the amendments made to the agreement. This secures TE a better vision for its investment in the company, and reassures its shareholders.

He explained that the company intends to use the cash flow from dividends to reduce the amount of debt, and to reduce financing costs whilst enhancing the company’s profitability.

He also said that this will see his company working with TE and the Egyptian Government, to achieve the state’s vision of digitisation and financial inclusion.