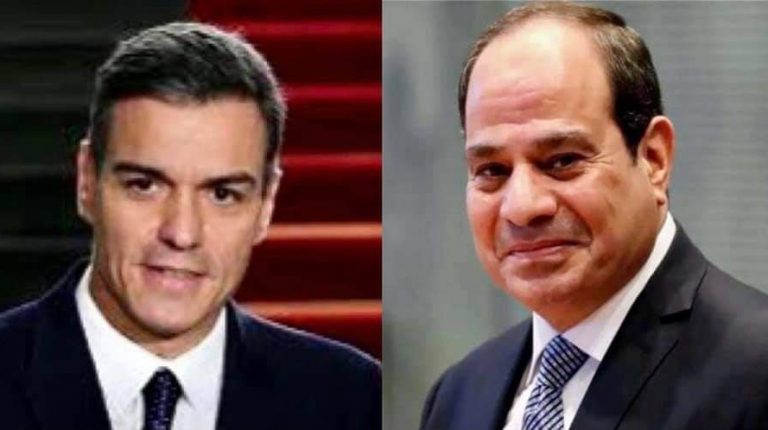 During the call, the two sides also discussed consultations on regional and international issues of common interest, with a particular focus on the issue of illegal immigration, and developments in Palestine.

Al-Sisi expressed his aspiration for continued cooperation with Spain in all fields, and to continue working closely to advance bilateral relations.

He also asserted the significance of boosting cooperation in tourism, and encouraging Spanish companies to benefit from the available investment opportunities in Egypt, especially in major national projects.

Moreover,  Sánchez expressed his country’s appreciation to Egypt’s leadership and people, stressing the depth of the friendship and the extended ties between the two countries.

The Spanish Prime Minister added that his country is looking forward to developing its bilateral relations with Egypt in different fields.

He also asserted that his country is keen on intensifying the coordination and consultation with Egypt, lauding the latter’s role in laying the foundations of stability in the Middle East and the Mediterranean region.