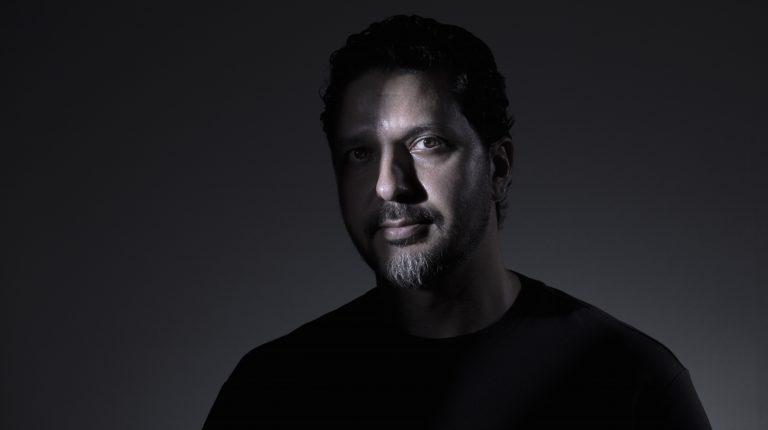 If we speak of the vocabularies used by every designer to make his own language and design, the design has to use many different aspects, according to Hisham Mahdy, one of Egypt’s top designers.

Speaking to Daily News Egypt, Mahdy, who serves as Chief Designer of Mental Flame Interiors and CEO of Cairo Design Awards, said these aspects need to include lights, forms, colours, and materials.

“I appreciate the lights as the most important element of the design elements,” Mahdy asserted, who added that design elements are fixed in every design.

He affirmed that lights and colours come together to highlight any design, and that he depends on forms to make his designs stand out.

Mahdy said that his latest project with the German-Lebanese Company for Industry (GLC Paints) was very interesting, because he worked without a brief.

He explained that every client usually has a brief on what he wishes to create within the space, but GLC instead gave him the freedom to use any style he prefers.

The top designer explained that, in his latest design, he used the retro-futurism style which is a contemporary creative movement that has been shaped by the way people in the past depicted the future.

Futurism was a movement obsessed with anticipating what the world would look like in years to come. It had a strong technological bent, and was closely affiliated with science, exploring ideas about how technology would both alienate and empower people in the future.

Meanwhile, retro interior design is an eclectic mix of old styles and new forms, or new forms with old materials and finishes.

Mahdy indicated that, in order for him to choose colours in his designs, he has to think first about the mood he wants to present in any space. He added that he prefers to reduce the colour contrast within his designs to make the space more comfortable for users.

However, in some cases he uses contrasting colours in design which need to stand out or need to be catchier.

He said that contrasting colours can be used to give the design an interesting and energetic mood. Meanwhile, analogous colours, which are groups of three colours that are next to each other on the colour wheel, give the design a calm, cosy mood, and can be used in beach houses.

Mahdy confirmed that the most challenging project he worked on was the GLC project, asserting that since the designer did not have a brief, the project will become a tiring process.

He explained that any design consists of function and statistics, and the GLC project only has one function which is to promote a new colour palette.

Last December, GLC launched its “Colour Trends 202” project, focusing on 24 new colours, which took place with the participation of the most prominent architects and designers in Egypt and the Arab region.

GLC utilised innovative designers to create distinct designs to promote the colour trends for 2021. This reflected the global changes that have occurred environmentally, socially, and economically.