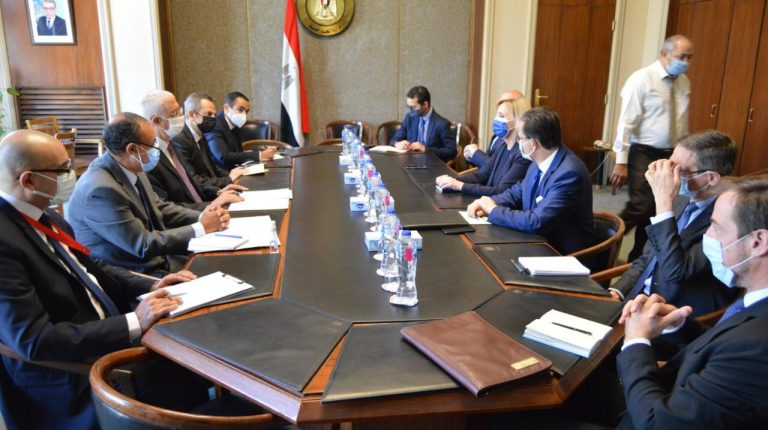 The meeting discussed the positive developments of the distinguished relations between Egypt and France recently, especially the coordination between the two countries regarding regional and international issues of common interest.

The two sides exchanged views on developments in Libya, Syria, Lebanon, the Palestinian territories, and the African Sahel region.

For their part, the two French representatives praised the great efforts made by Egypt to reach a ceasefire in Gaza, as well as the Egyptian initiative to reconstruct the Strip and provide humanitarian aid to the Palestinian people.

The discussions also dealt with the latest developments related to the Grand Ethiopian Renaissance Dam.

Ambassador Loza presented the elements of the Egyptian position calling for the need to reach a binding and comprehensive agreement on filling and operating the Ethiopian dam in a manner that takes into account the rights and interests of the three concerned countries, Egypt, Sudan, and Ethiopia.

Egyptians present 13.1% of patents granted in Egypt during 2020