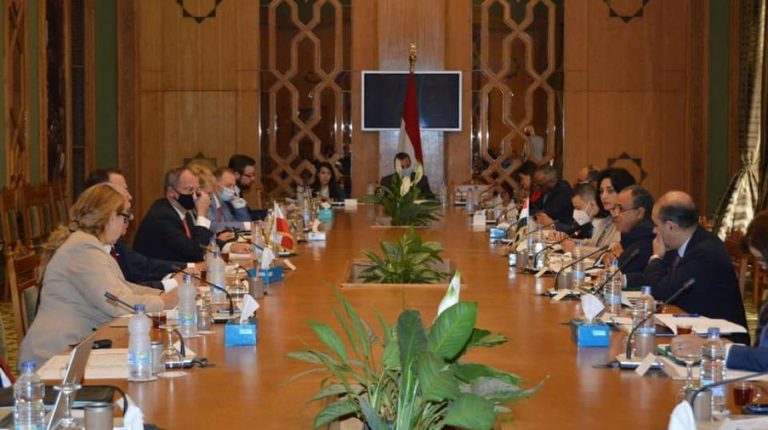 The meeting took place in the presence of representatives from several Egyptian ministries and relevant state bodies.

The consultation session included a discussion of the bilateral political and economic relations between the two countries, and various aspects of technical and sectoral cooperation.

It also included cultural and tourism cooperation between the two countries, and ways to enhance that cooperation to advance the aspirations of both sides.

Abdel-Aty affirmed Egypt’s aspiration to strengthen relations with Poland, as a country with similar ideas and priorities. This will take place through a pragmatic perspective based on considerations of common interest between the two countries.

The economic and investment opportunities offered by Egypt, especially in the Suez Canal area, the New Administrative Capital (NAC), and infrastructure projects, were also reviewed.

They also discussed regional and international issues of common interest, including developments in the Palestinian territories.

The Polish side praised the Egyptian role during the recent ceasefire crisis and efforts to rebuild the Gaza Strip, as well as the situation in Libya and Syria.

The discussions also dealt with Egypt’s relations with the Visegrad group, and the latest developments in the negotiation process over the Grand Ethiopian Renaissance Dam (GERD).

They also discussed opportunities for cooperation between Egypt and Poland in the field of development in Africa, based on Egypt’s long and extended experience in this field.

At the conclusion of the meetings, the two sides signed an agreement between Egypt and Poland regarding mutual exemption from entry visas for holders of diplomatic passports.