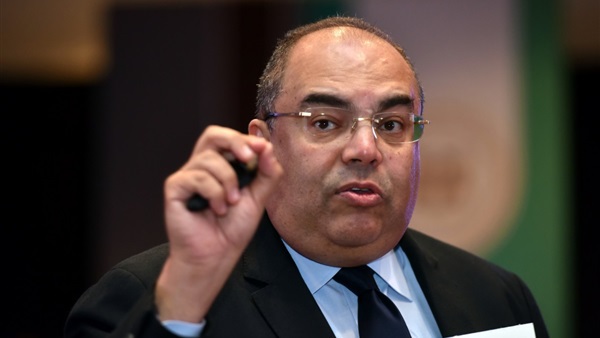 The Egyptian Junior Business Association (EJB) has contributed to offering several effective economic plans over the past 20 years through partnerships with the previous Egyptian governments, according to Mahmoud Mohieldin, Executive Director of the International Monetary Fund (IMF).

Mohieldin, who is also United Nations Special Envoy on Financing the 2030 Agenda, noted that the EJB has played a major role in forming different groups of businesspeople and specialists in various industrial sectors.

“Before the novel coronavirus (COVID-19) crisis, concerns were rising about the decline of the global growth rates due to various factors including global debts and fears of climate change,” Mohieldin noted.

He added that the future of the world’s economies is related to the vaccination campaigns. He also pointed out remarks by IMF and World Health Organization (WHO) experts about the importance of vaccinating 40% of the population of each country by the end of this year. The remaining 60% would then be able to receive the vaccine in the coming year.

The Middle East region lost 5% off its growth rate due to the COVID-19 pandemic, but is looking to achieve a positive growth rate of 1% this year, and 3% in two years.

Egypt was one of the few countries which achieved positive growth rates driven by economic reforms and positive growth at the end of 2019. This was amid expectations that growth would continue to hit 2.7% until it reaches 5%.

Mohieldin pointed out that economic policies should be flexible with the need to mobilise labour towards growing sectors and expand social safety nets.

Companies should reformulate their policies because of the rates of high levels of uncertainty related to the possibility of lockdown again at any time.

He called for smart and green concepts to be activated across Egypt, and encouraged citizens to benefit from government initiatives, which are important for the Egyptian economy.

This includes the “Decent Life” presidential initiative aimed at developing villages. The private sector should also cooperate with the state to achieve an increase in exports, sustainability, and digital transformation.

Mohieldin said that the need to enhance economic cooperation with Arab and African countries could make Egypt an important centre in supply chains and attract huge investments.

Regarding how small- and medium-sized enterprises (SMEs) can benefit from the current circumstances, Mohieldin said these enterprises should target several different areas.

These include: digital transformation; sustainability; addressing credit policies and type of sectors in which they work or wish to work; and providing the required funds.

As for the EJB’s investment role in Africa, Mohieldin asserted that investing in Africa should be based on the full awareness of the African markets’ culture and marketing capabilities.

This would also take into account the availability of partners who are familiar with the African market. He pointed to the diversity of sectors in Africa, including education, healthcare, tourism, infrastructure, and mining.

Mohieldin affirmed the importance of communicating with the association’s counterparts in Africa and exchanging visits.