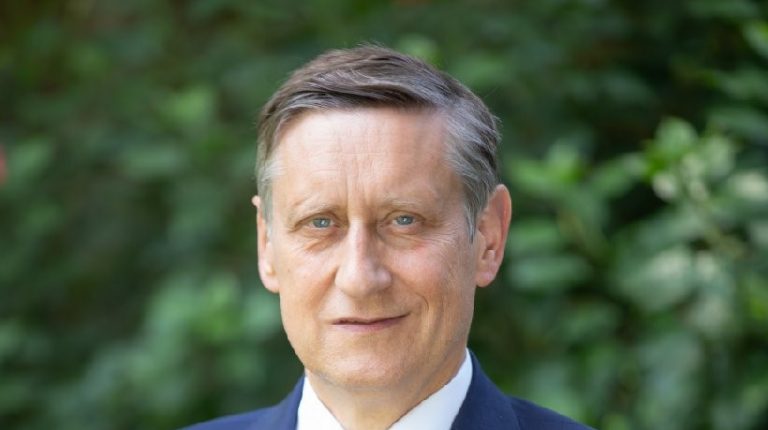 With around 100 million native speakers, the German language is currently the most widely spoken language in Europe.

It is also an increasingly popular foreign language, in particular in the Middle East and South America. At present, millions of non-native speakers worldwide learn German. Among those, you will certainly find admirers of German literature and philosophical thinking.

But Germany is, in the eyes of many, foremost an economic power, with outstanding academic opportunities for students interested in engineering, natural sciences, and computer science.

In Egypt, for instance, German has gained impressive traction in the last years. While in 2015, about 250,000 Egyptians were learning German as a foreign language, this number had risen to 400,000 German learners in 2020.

This increasing demand can only be met thanks to the outstanding efforts of our partners: the Goethe institutes, the DAAD (German Academic Exchange Service), the Central Agency for German Schools Abroad, the seven accredited German schools, the 27 Egyptian public and private partner schools, as well as the German-language departments at many Egyptian universities. I would also like to mention the German University Cairo (GUC) and the German International University in the New Administrative Capital (NAC).

They all rely on the continuous support of the Egyptian Ministry of Education and Technical Education. German language teachers are working tirelessly to share their knowledge of our language with an increasing number of students.

Together, our aim is not only to offer an even better training, but also to further develop qualitative teaching of German teachers, in schools as well as for adult education.

Egypt’s educational emphasis on foreign language skills is all the more important, since it is a country with a third of the population being under the age of 14. For the younger generation, studying a foreign language means more than just pursuing a hobby.

The knowledge of a foreign language is a competitive advantage on the local and the global labour market. Therefore, I particularly commend the Egyptian government for its decision to introduce various foreign languages in Egyptian schools.

Learning German is a promising investment. It is the second most commonly used scientific language in the world, thus reflecting Germany’s outstanding role in future-oriented research and innovative development.

Over the years, thousands of Egyptian students at distinguished universities in Germany, Austria, and Switzerland, as well as Egyptian graduates from our internationally appraised vocational training system have shown that learning German can be a first step towards a successful academic or professional career.

The traditionally strong German economy, particularly its manufacturing sector, has continued to grow in the last decade. This economic success is also due to the diversity of the workforce and the global interconnectedness of German companies.

Skilled professionals still fall short of demand in Germany given the ongoing economic progress. Therefore, speaking German is helpful to connect and work with German companies in Egypt, Germany, or in other parts of the world.

Germany took a significant step to ease entry conditions for skilled professionals with vocational, non-academic training from non-EU countries after the introduction of the new Skilled Immigration Act last year. Under this Act, knowledge of the German language puts you on the path to qualify as a skilled worker.

Thus, for German speaking Egyptians fulfilling the criteria, this new law has opened another way to further pursue their professional goals in Germany. They can become part of the successful Egyptian bridge-building between our countries.

A new language also allows us to better understand traditions and the lifestyle of others. It, therefore, plays an important role in fostering mutual understanding and bringing people together.