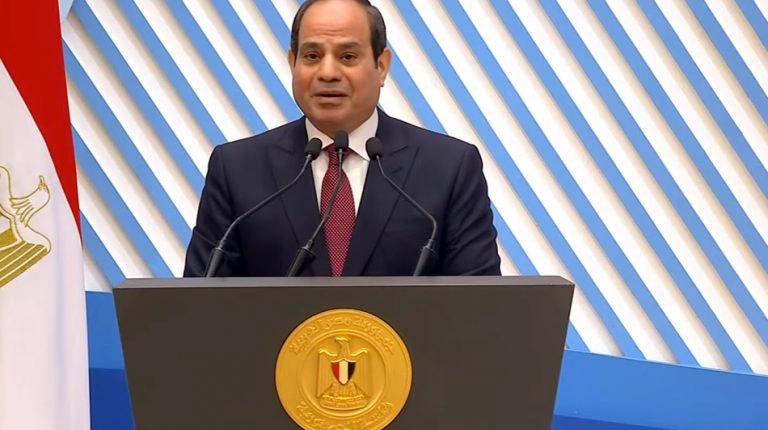 Egypt’s President Abdel Fattah Al-Sisi has issued four new decisions that were published, on Thursday, in the Official Gazette.

The decisions included Resolution No 197 of 2021, allocating two areas of state-owned land for the benefit of the armed forces in the governorates of Minya and Beni Suef. These areas will be used in reclamation and farming activities.

Al-Sisi also issued Resolution No 196 of 2021 cancelling Presidential Decree No 9 of 2021, which included the allocation of an area of ​​29.04 acres in the Berenice district of the Red Sea Governorate.

The original decree took place in favour of the Ministry of Electricity and Renewable Energy, and was to have been used in the construction of an electrical transformer station.

Moreover, the President issued Decision No 195 of 2021 that will see Amir Emad El-Din Al-Ayoubi Salah El-Din, a judge with the North Cairo Court of First Instance, transferred to a non-judicial position in the Ministry of Supply and Foreign Trade. His new role is equivalent to the level of his current job, while retaining his salary there.

The fourth decision is Resolution No 198 of 2021, which will see amendments to the seniority of Islam Ismail Maree Ali, a delegate with the Egyptian State Lawsuits Authority (ELSA), among their peers appointed under Presidential Decree No 228 of 2014.