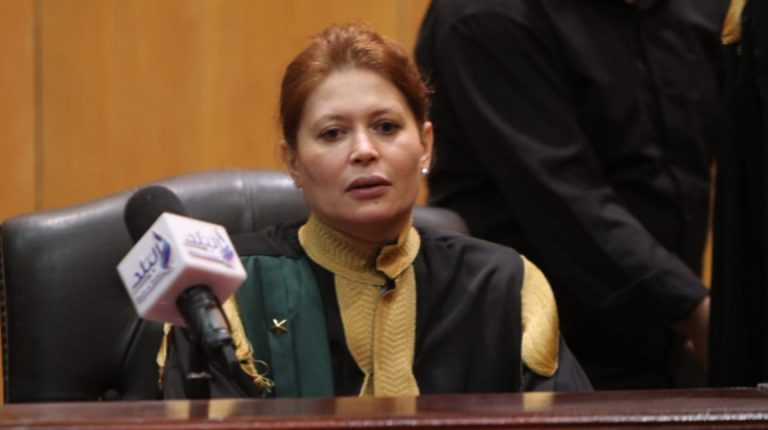 A few days ago, Egypt’s Supreme Council of Judicial Bodies headed by President Abdel Fattah Al-Sisi decided to permit women to enter the State Council and the Public Prosecution as of 1 October.

This will achieve full equality between men and women in assuming positions at all judicial bodies, so that there would be no need to file lawsuits to reach this equality.

This decision is historic as to this day, and in violation of the provisions of the Constitution, women have not entered the State Council despite the demands and lawsuits by women who have the right to be appointed as judges in the Council.

This also applies to the Public Prosecution, despite the tangible presence of women in the Administrative Prosecution, which amounted to 42%, compared to 58% for men.

In fact, throughout the history of Egypt, and despite the presence of 66 female judges in the ordinary judiciary currently, there has always been a reservation by the judiciary on the idea of appointing ​​women to this position.

To a large extent, this wide gender gap in the judiciary in favour of men, in particular, is due to some opinions that think women are psychologically and physically unable to occupy judicial positions.

Indeed, Egypt has made steady and serious steps in the field of women’s rights at the national, regional, and international levels, during the last six years, in the field of supporting and empowering women.

Today, there is a real strong political will that believes that empowering women is a national duty. Therefore, in recent years, Egypt has made important achievements in the field of women’s empowerment and gender equality, the most important of which is the content of the Egyptian Constitution in 2014.

This includes more than 20 constitutional articles that guarantee women equal opportunities, prevent discrimination that may be practiced against them, and guarantee their protection.

These fair texts come as a victory for the enlightening role that Egypt carried throughout the ages. They are also a result of the central role that women have played in Egypt’s political and economic life throughout history, the country’s leadership of the feminist movement in the Arab world during the early part of the last century, and the many contributions of Egyptian women to arts, culture, and political life.

Moreover, Egypt did not stop at constitutional texts only, but was able to be the first country in the world to launch the National Strategy for the Empowerment of Egyptian Women 2030.

This is in line with the United Nations (UN) Sustainable Development Goals (SDGs), which were adopted by President Al-Sisi in 2017, the Year of Egyptian Women, and approved as a roadmap for the Egyptian government.

This strategy works through four main axes: political, economic, and social empowerment, in addition to legislation and culture as pillars of women’s empowerment.

It also seeks to respond to the actual needs of Egyptian women, especially those residing in the rural areas of Upper Egypt, the poor, those who are breadwinners, the elderly, and the handicapped.

These groups have priority in care to provide them with full protection and make full use of the energies and human and material resources to achieve the principle of equal opportunities.

Manifestly, this national strategy has achieved tangible success at all levels so far, as the percentage of women’s representation in the Egyptian parliament increased to 28% compared to 1.77% in the 2011-2012 parliament.

It is also worth noting that Egypt was the first country in the world to issue a policy paper responding to the special needs of women and girls in the context of dealing with the novel coronavirus (COVID-19) pandemic.

The country has also launched a mechanism to monitor and follow up on the implementation of those policies, and more than 165 measures, decisions and preventive measures to support Egyptian women have been monitored so far.

All these sincere efforts in the field of empowering women in Egypt have already become a tangible reality, to the extent that UN Women has confirmed that Egypt is at the forefront of countries working on gender equality and supporting women.

Certainly, the Egyptian state has affirmed beyond any doubt that it is fully aware that it is not possible to fully promote and protect human rights and sustainable development without protecting women’s rights and empowering them.

This follows what is stated in the relevant international covenants and charters. However, despite these achievements, Egyptian society still faces a great challenge to empower the broad base of Egyptian women, which requires more time and effort.