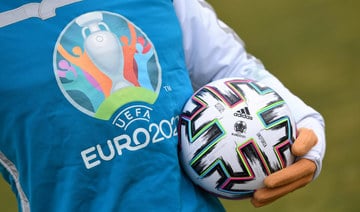 Both fans and young football stars are avidly awaiting the launch of the Euro 2020, with the latter keen to play in an international arena.

The Euro 2020 tournament is an opportunity for the best players in the world to show off their abilities and skills. Three of those looking for glory are: France’s Kylian Mbappé of Paris Saint-Germain (PSG); England’s Phil Foden, a striker with Manchester City; and Germany’s Kai Havertz, a midfielder with Chelsea.

Despite already being a large presence on the field, Mbappé seeks to make his mark at the competition. The young Frenchman aims to move a few steps closer to the Golden Ball this year, through the Euro 2020 competitions.

Mbappé started his season in PSG spectacularly, the team lost their way a bit in the French League whilst excelling in the UEFA Champions League qualifiers, especially against Barcelona. Both he and France are aiming to be the ones to climb the winner’s podiums.

Among the other names expected to shine and to achieve glory in Euro 2020 is England’s Phil Foden, who recently won the English Premier League title with Manchester City.

Although still just 20 years old, the league title win is his third so far in his career. Foden has also scored 16 goals in all competitions, with the team in the past season.

He has now made it onto the England national team, even scoring two goals in the team’s victory over Iceland in November 2020. Despite his youth, Foden could prove to be a trump card for England coach Gareth Southgate in the Euro 2020 tournament.

Recently, 21-year-old Germany and Chelsea attacking midfielder Kai Havertz has succeeded in putting his name among the young stars expected to appear at Euro 2020. This follows his strong performance with Chelsea, who recently won the UEFA Champions League title, the most prestigious tournament in the continent.