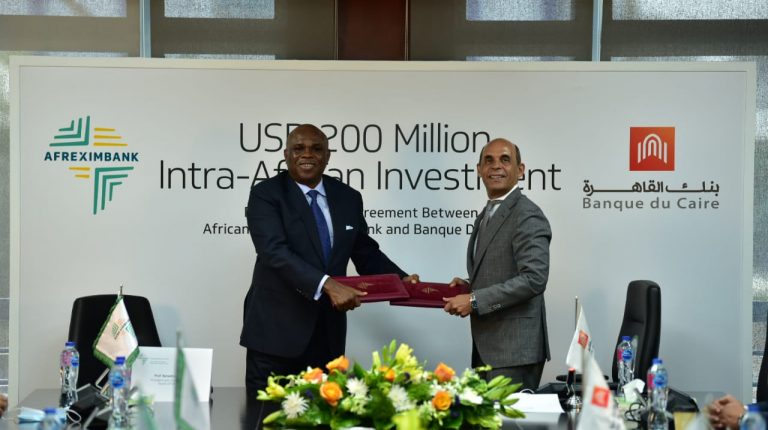 The facility, which was signed in Cairo, is designed to finance Banque du Caire’s expansion across Africa, and investments in new branches and subsidiaries, while promoting Egyptian trade with the rest of the continent.

Under its three-year expansion strategy, Banque du Caire aims to penetrate several countries across Africa. This ambitious plan builds on the Bank’s existing operational reach, including its 100% stake in Cairo Bank Uganda (CBU), a commercial bank that has been operating in Uganda since 1995.

The CBU serves a vast growing customer base through its strong relationships with both Ugandan and Egyptian businesses. It has played a pivotal role facilitating the growing volume of investment between the two countries.

Benedict Oramah, President of Afreximbank, said, “Banque du Caire is a key champion of intra-African trade and investment, facilitating Egyptian engagement with the rest of the continent.”

“We are therefore delighted to provide this finance facility, which will support the Bank as it embarks on an ambitious expansion programme,” he added, “Drawing on its rich expertise and track record of success, we are confident Banque du Caire can help forge new ties of investment and collaboration across Africa.’’

Banque du Caire is a multi-award winning, full-service bank able to leverage its deep understanding of local and regional market dynamics and an extensive distribution network across Egypt.

Tarek Fayed, Chairperson of Banque du Caire, expressed his appreciation for the partnership with Afreximbank.

He noted that Banque du Caire is working tirelessly according to an ambitious plan to expand in the African market. The bank supports Egypt’s interest in strengthening economic ties with the rest of Africa, serving as a doorway for Egyptian products and services in the region.

Fayed also believes that Banque du Caire’s vision and policies target a stronger bond with various institutions in the various African countries and expand the network necessary to help Egyptian manufacturers to grow their sales.

Beneficiaries of these developments are not only manufacturers, but also the construction and infrastructure corporations. Providing them with opportunities to grow their businesses exponentially and increase their exports to the rest of the continent.

Ayman Khattab, Head of the Financial Institutions Sector at Banque du Caire, highlighted the importance of the role multinational banks play in providing the necessary financing to the local market.

He highlighted the significance of the loan in expanding financing sources in foreign currency from various financing agencies based on the substantial development witnessed by the bank at all levels.

This comes especially as Banque du Caire has developed good relations with many international financial institutions, which enables it to facilitate all foreign trade operations, and enhances confidence in the Egyptian banking sector.