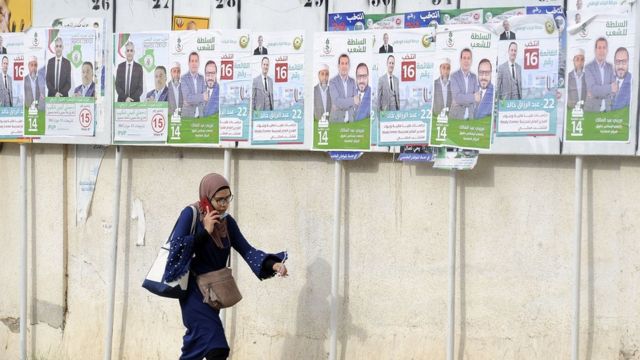 The voting, which is taking place according to a new ballot system, is set to elect 407 parliamentary representatives from the lists of candidates for parties and independents.

An early influx of voters to the polling stations began, especially in the interior regions such as Laghouat, Djelfa, and Messila.

The Independent Electoral Authority announced the allocation of 13,000 polling stations, and more than 61,000 offices, whilst the Election Commission has assigned 589,000 observers to supervise electoral centres and offices.

According to the national electoral list, 24 million Algerians have the right to vote in the current election.

Moreover, the authority is supervising the parliamentary elections for the first time in Algeria, after decades of supervision by the Ministry of the Interior. According to the electoral law, the Independent Electoral Authority has allowed the presence of observers from political parties and independents, to ensure its integrity.

About 30 political parties and a large bloc of independents are competing in these early elections, whilst there are a total of 1,483 lists, of which 646 are party lists and 837 are for independent candidates.

Algeria has adopted a new electoral system, which relies on the open list system, where the voter must choose one list. They must also choose a number of candidates on that list that match the number of seats allocated to each state.

The popular movement and political parties belonging to the democratic bloc, namely the Socialist Forces Front, the Rally for Culture and Democracy, the Workers’ Party, the Social Democratic Movement and the Union for Change party and the Socialist Workers Party, have boycotted the elections.