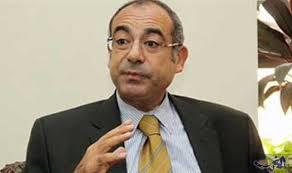 Egypt has taken part in a meeting organised by the United Nations Office on Crime and Drugs (UNODC) on the Strategic Vision for Africa 2030 for investment in peace, security and development.

Ambassador Mohamed Idris, Egypt’s Permanent Representative to the UN and Chairperson of the Peacebuilding Commission, attended the meeting representing the country.

UN Deputy Secretary-General Amina Mohamed opened the meeting by stressing the importance of coordinating efforts between the various UN bodies and regional organisations. This would see efforts put in place to combat crime in Africa, and build sustainable peace.

The meeting was chaired by Dr Ghada Wali, Under-Secretary-General and Executive Director of the United Nations Office on Crime and Drugs (UNODC).

During his speech, Idris addressed the intertwined links between organised crime and conflict. He referred to the agreement on the priorities of the Peacebuilding Commission’s work, and the conclusions of the Strategic Vision for Africa 2030.

He stressed Egypt’s keenness, during its presidency of the Peacebuilding Commission, to rely on the principle of national and regional ownership, to combat organised crime and promote peace across Egypt.

Idris also indicated its keenness to build partnerships based on coordination and integration of international and regional efforts. This would also see efforts to provide the necessary resources to achieve stability and sustainable peace on the African continent.