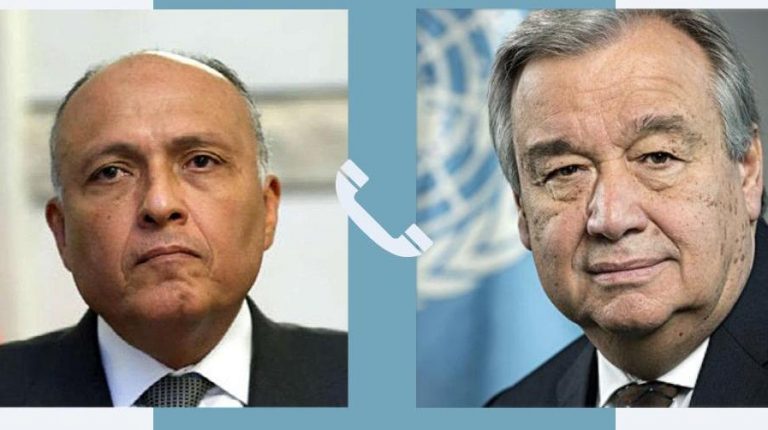 Egypt’s Minister of Foreign Affairs Sameh Shoukry sent, on Friday evening, a letter to the President of the UN Security Council to explain the latest developments of the Grand Ethiopian Renaissance Dam (GERD) issue.

This is based on the Council’s responsibility in accordance with the UN Charter on international peace and security.

Shoukry’s letter showed Egypt’s objection to what Ethiopia announced about its intention to continue filling the Dam during the next flood season.

Egypt expressed its total rejection to the Ethiopian approach which seeks to impose a fait accompli on the two Nile downstream countries, Egypt and Sudan, through unilateral measures and steps that constitute an explicit violation to the international law.

Ambassador Ahmed Hafez, the official spokesperson for the Ministry of Foreign Affairs, stated that the foreign minister’s letter was circulated as an official document to the Security Council.

He pointed out that the letter reveals to the international community the truth about the intransigent Ethiopian position which blocks regional efforts to advance the GERD talks,

These efforts aim at reaching a fair, balanced and legally binding agreement on the Ethiopian Dam within the framework of the negotiations sponsored by the African Union (AU).

Hafez stated that an integrated file was also sent to the Security Council on the GERD issue and Egypt’s vision regarding it.

The Egyptian letter highlighted Egypt’s sincere efforts to reach an agreement that takes into account the interests of the three countries and preserves their rights, Hafez said.