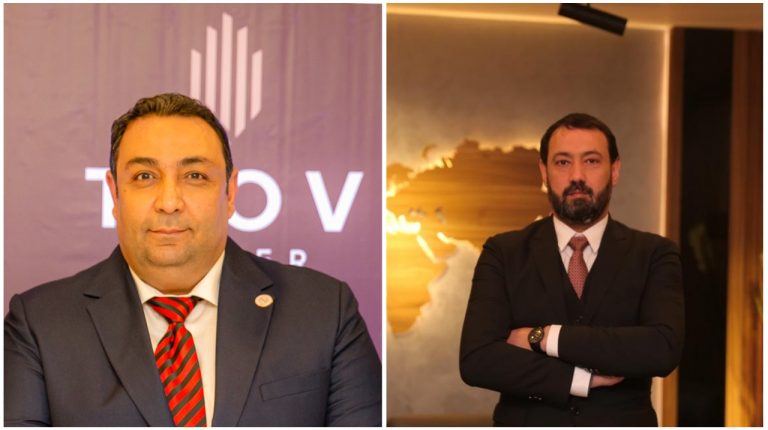 Nakheel Developments is preparing to start construction work on its Trio V Tower project at Downtown District at the New Administrative Capital (NAC), according to Engineer Emad El-Tabbakh, the company’s Founder and Chairman.
El-Tabbakh added that the project is located on an area of 7,000 sqm, featuring 2,100 sqm of built-up area, equivalent to 30% of the project’s total area.
He said that the project consists of a ground floor and 14 storeys, with the ground floor to the fourth storey allocated to commercial units. The rest of the project varies between office space and medical units.

The company has an implementation plan in accordance with the specified timetables, based on its experience in the construction field, as well as project management. At the same time, the company is undertaking all precautionary measures to protect project workers due to the novel coronavirus (COVID-19), El-Tabbakh explained.

“Nakheel Developments has a 15-year history of real estate development in the UAE, and the company decided to transfer this experience to Egypt in 2017 with the aim of developing integrated urban projects with international standards,” he said.

El-Tabbakh has worked in the real estate development field in the UAE since 2005, and is the Founder and Chairman of Global Property, which was established in 2008 in Abu Dhabi.

For his part, Engineer Maged El-Tabbakh, Co-Founder and General Manager of Nakheel Developments, said that the company has an ambitious plan to present a distinguished project in the Egyptian real estate market. The project will be based on his experience of over 24 years in the field of construction and development.

He added that Egypt is characterised by the availability of diverse and strong investment opportunities in the new cities.

Nakheel Developments plans to make its mark as the foremost real estate developer in Egypt and the Middle East by offering sustainable urban projects based on three basic elements. These are namely: unprecedented quality; exceptional services; and fair prices that suit the target customer, El-Tabbakh said.

“The company relies on the latest technology in construction and project management with the aim of creating smart communities with unprecedented technology in Egypt and an innovative modern design element, which is consistent with the state’s vision of launching a generation of new smart cities,” he explained.

He disclosed that the company plans to deliver the Trio V Tower project within three and a half years.
ACE Moharram.Bakhoum assumes the role of the engineering consultant for the project with previous success experience of huge projects in Egypt. These include City Center Almaza in Cairo, City Center Alexandria, and Marassi on the North Coast.
Meanwhile, MRB Facility management is the project management consultant, having previously managed Citystars Heliopolis and other mega projects.
El-Tabbakh further pointed out that the company offers distinct payment systems that start with a 5% down payment and instalments over up to 12 years. He added that the company has completed 40% of the project’s sales since its launch.
He has extensive experience over more than 24 years in the fields of construction, quality control, and project management, during which he held the position of engineering consultant for GL Noble Denton.
In this role, he took over the engineering consultancy work for city works for EPIC in the UAE, OOCEP in Oman, and ERC in Egypt.
Nakheel Developments has a strategy to make a strong imprint on the Egyptian real estate development market, especially with investment and legislative environment supporting this ambitious strategy, he concluded.