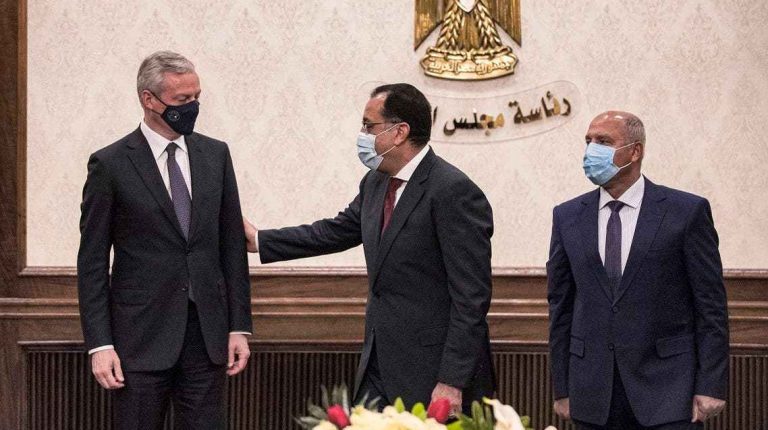 Le Maire told reporters in Cairo that the financing will cover projects in several sectors, including public transport, renewable energy, and water management.

The financing includes a loan of about €800m from the French Treasury, for the development of the Cairo Metro’s Line 1. An additional €1bn will be financed by the French Development Agency (AFD), covering nine other projects over the next five years.

Le Maire also revealed that an additional €2bn of state-guaranteed loans will be negotiated in the next six months, which will be used to establish the Cairo Metro’s Line 6.

“Egypt has become a strategic economic partner of France … It is the top country in terms of loans from the [French] Treasury,” Le Maire said.

France and Egypt have forged close ties since 2014, following President Abdel Fattah Al-Sisi being voted in. In May, France announced a €4bn deal to deliver 30 Rafale fighter jets.