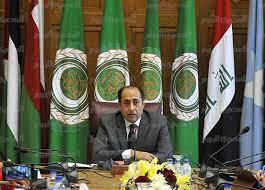 The Arab League committee made up of Jordan, Saudi Arabia, Morocco, and Iraq is in contact with the UN Security Council to support Egypt and Sudan on the Grand Ethiopia Renaissance Dam (GERD) issue, according to the organisation’s Assistant Secretary-General Hossam Zaki.

“Getting support in crises similar to the [Ethiopian] dam is appreciated and important, whether from Arab countries or other countries that have good relations with Egypt and Sudan,” Zaki said in a statement, “Ethiopia continues its intransigence and does not take into account these matters.”

He added that the Arab, the US, or European position does not differentiate with the Ethiopian side, because of the geography and the possibility on the ground of establishing a new reality by building the GERD.

Zaki said that there is nothing wrong in the Egyptian and Sudanese position gaining support from various international parties.

“The completion of support and its going towards influential African countries puts the Ethiopian position in isolation and pushes the Ethiopian side to audit it,” he said.

He stressed the importance of using this support politically to serve the Egyptian and Sudanese positions.

Zaki added that the committee had been assigned some contacts in New York at the Arab League level.

“Contacts with the UN Security Council, its president, and its members are aimed at providing political support to Egypt and Sudan,” he said.

He warned that “it complicates any direction for the Security Council in this regard”. He also pointed to the holding of consultations for Arab delegates, on Monday, at the Arab League General Secretariat’s headquarters.

A resolution similar to previous resolutions is expected, confirming Arab support for the position of the two countries downstream and re-texting the Egyptian-Sudanese positions on the issue