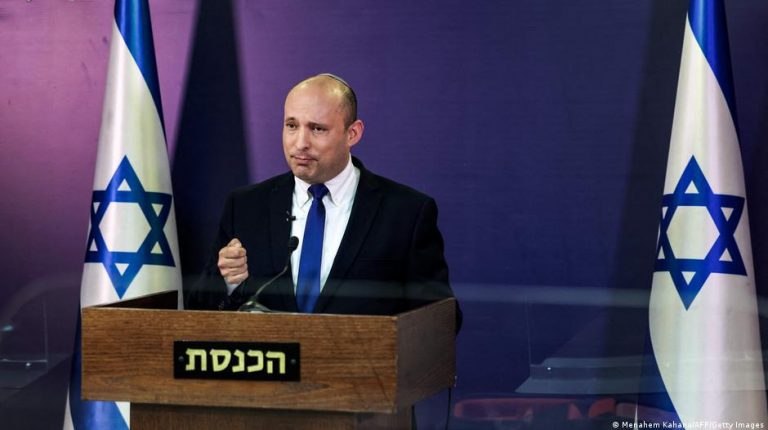 Israel’s Prime Minister Benjamin Netanyahu’s record 12-year hold on power came to an end on Sunday, when the country’s parliament voted on a new government.

Netanyahu, the most dominant Israeli politician of his generation, had failed to form a government after a 23 March election, the fourth in two years.

“I love you, thank you!” Netanyahu wrote on Twitter, in a message illustrated with a heart emoji and which featured a photo of the 71-year-old leader against the backdrop of an Israeli flag.

The new cabinet, which will be sworn in after a Knesset confidence vote it is expected to win, was cobbled together by the centrist opposition leader Yair Lapid and ultra-nationalist Naftali Bennett.

Bennett, a hawkish hi-tech millionaire and an Orthodox Jew, tweeted a photograph of himself at prayer, captioned with a Biblical blessing. He will serve as premier for two years before Lapid, a former TV host, takes over.

If the coalition wins the confidence vote, Bennett, a former Minister of Defence, will serve as prime minister for two years. After that, Lapid, who heads the Yesh Atid Party and is a former television presenter, will take the helm.

It will also be the first time that the Israeli government will include a party that represents the 21% Arab minority. The coalition plans largely to avoid sweeping moves on hot-button international issues, such as policy toward the Palestinians while they focus on domestic reforms.