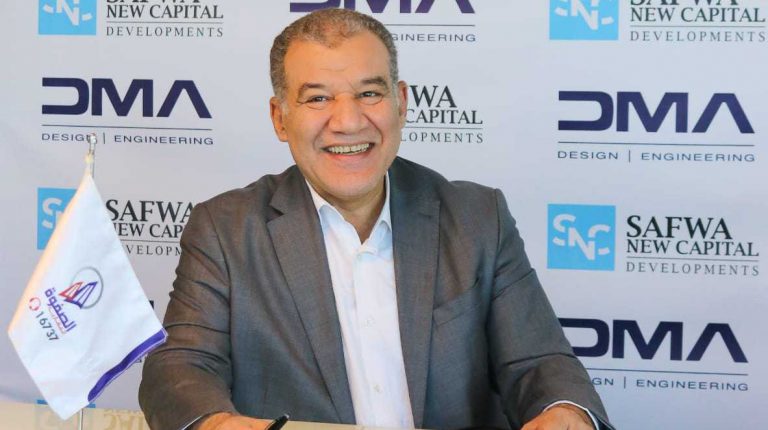 Located in the Downtown area of the capital, the project is built on an area of ​​approximately 3,800 sqm, and consists of two mixed-use towers with a height of 10 storeys. It is diversified between commercial units, administrative offices, and fully-furnished hotel suites, a senior company official said.

Zakaria Al-Shamy, Board Chairperson at the company, said that the total investments of the project amount to about EGP 750m, and that the project features unique designs.

The company received the plot from the New Administrative Capital Company in May 2021, and conducted the surveying works this month, he said.

He added that the construction works will begin immediately, and delivery of the units will take place by 2024.

The Al Safwa Group began its activity in the real estate investment and contracting sector over 25 years ago in the East Cairo, Mokattam, and Nasr City regions, through its affiliated Al Safwa Real Estate Company.

Since then, it has penetrated into the New Cairo, Shorouk City, and the new Gesr Al-Suez area, Al-Shamy said.

He added that the group’s activities have over time been diversified, with the establishment of the Al Safwa Company for Construction and Supplies to carry out engineering and construction works.

This was followed by the Al Safwa Studio for Design and Finishing, which specialises in finishing works, architectural designs, and decorations, and the group’s latest company, Al Safwa New Capital Company. This undertakes real estate development projects in the NAC region.

The company’s activities since its creation has ensured its place at the top the list of the largest and most successful real estate developers. Its prolonged history has meant that it has delivered nearly 3,000 residential and commercial units in more than six neighbourhoods and urban areas of Cairo, Al-Shamy said.

He added that the Al Safwa Company for Construction and Supplies has, over 20 years, implemented more than 200 residential and mixed-use projects.

These achievements, Al-Shamy concluded, are the results of the existence of qualified staff of approximately 250 employees, engineers, and technicians, who lead more than 2,500 workers. This is in addition to a financial group solvency, amounting to EGP 1bn, that is set to increase to EGP 3bn in the coming future.