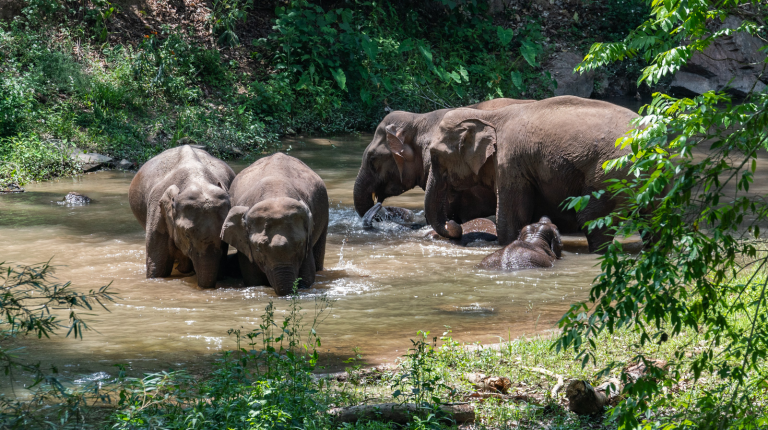 Cute alert: A wandering herd of wild Asian elephants was spotted flapping ears while they took a snooze in Yuxi city in Yunnan, China.

The elephant herd has caught global attention after they trekked about 500 km from their original habitat in Xishuangbanna Dai Autonomous Prefecture in the province to enter Kunming, the provincial capital with a population of 8 million, earlier this month.

On Sunday, 14 elephants continued to linger in the Shijie Township in the city of Yuxi, according to the headquarters in charge of monitoring their migration. Another elephant that broke away from the herd eight days ago stayed in the Jinning District of Kunming.

For over a month, authorities have sent police to escort the herd, evacuated roads to facilitate their passage and used food to distract them from entering densely populated areas.

Asian elephants are under A-level state protection in China, where they are mostly found in Yunnan. Thanks to enhanced protection efforts, the wild elephant population in the province has grown to about 300, up from 193 in the 1980s.