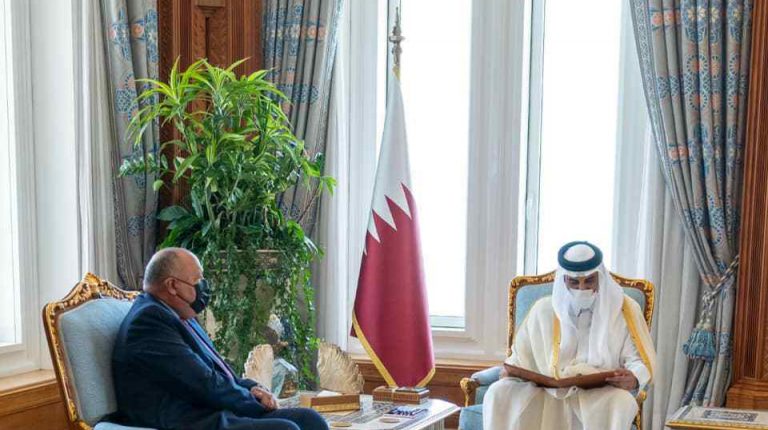 Ahmed Hafez, Spokesperson for Egypt’s Ministry of Foreign Affairs, said that Shoukry delivered a message from President Abdel Fattah Al-Sisi, which stressed the importance of continuing consultation between the two countries.

The message also included the President’s aspiration to advance relations between the two countries during the next phase, whilst looking forward to the continued mutual efforts to resume bilateral cooperation.

This is in line with the tangible progress in the course of Egyptian-Qatari relations, and a desire to resolve all outstanding issues within the framework of the Al-Ula Statement.

Shoukry conveyed Al-Sisi’s invitation to the Emir of Qatar to visit Egypt at the earliest opportunity.

Hafez said that Sheikh Tamim expressed his appreciation and praised the positive developments in Egyptian-Qatari relations. He also noted the recent exchange of ministerial visits and the resumption of cooperation frameworks between the two countries.

The meeting discussed the latest regional and international situations and ways to strengthen consultation and coordination between the two sides, in light of Qatar’s current presidency of the Arab League.

Hafez concluded his statements by noting that Shoukry reaffirmed Egypt’s firm position supporting the Gulf Cooperation Council (GCC) states against any dangers or threats targeting their security and stability.