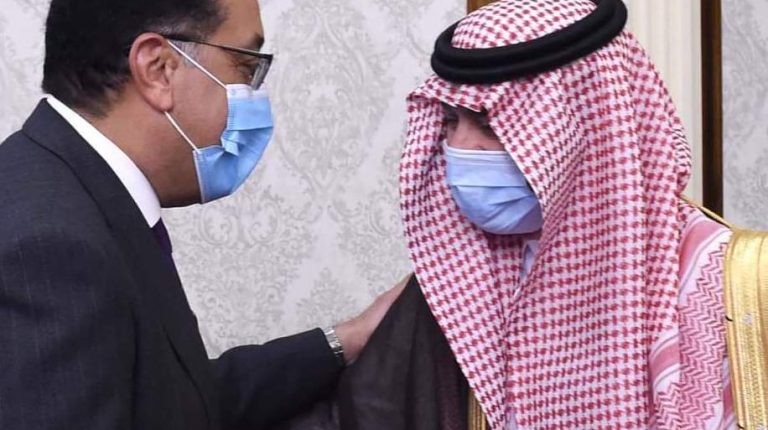 Madbouly stressed that Egypt is working to combat any obstacles faced by investors in the country, and offered to hold a monthly meeting with Saudi investors to meet their requirements, the Egyptian Cabinet announced on Tuesday.

The Saudi minister was accompanied by a delegation of 35 Saudi businessmen, who visited Cairo to participate at the conclusion of the 17th session of the Saudi-Egyptian Joint Committee.

Madbouly said that the Saudi delegation’s visit came to strengthen the distinguished relations between the two countries, and noted the importance of this visit in particular. He indicated that there is currently a committee of officials from both countries which aims to resolve the problems facing investors in Egypt.

He asserted that Egypt continues to provide a good climate for investment, expressing his aspiration to push forward the cooperation between the Saudi Investment Fund and the Sovereign Fund of Egypt (TSFE).

Meanwhile, Al-Qasabi said that investors are the real ambassadors of Egypt, and that a good investment climate is the best propaganda for the country.

The minister noted that a third of the businessmen accompanying him on the trip to Egypt want to expand their projects in Egypt. He added that they have faced some challenges that both governments are working together to overcome, in order to launch these investments.

Al-Qasabi affirmed that Egypt has all the elements to attract investment, foremost of which is its distinguished geographical location, qualified Egyptian minds, and a large market.

He said, “We have come to tell the Egyptians that we are with you wholeheartedly, we have guidance on this, and we will do all our capabilities to intensify communication with government officials, in order to increase cooperation between the two countries.”

Al-Qasabi pointed out that a number of problems faced by investors have been identified, and a meeting will be held with the head of Egypt’s General Authority for Investment and Free Zones (GAFI) in order to agree on solving them.

During the meeting, he confirmed that some problems have already been identified, and they will be reviewed with Egyptian officials. He pointed to the clear response by the Egyptian Government and their seriousness in dealing with these problems.

Orascom to co-manage sound and light shows at Giza Pyramids