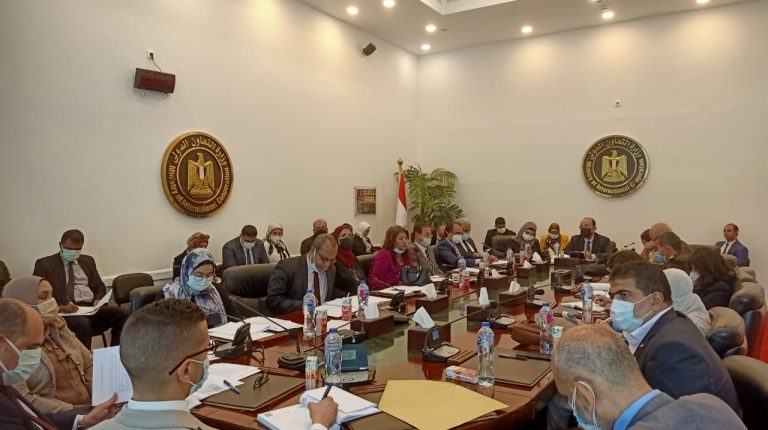 Egypt’s Ministry of International Cooperation has organised a coordination meeting of the country’s ministries and entities that cooperate with South Sudan.

The meeting comes as part of preparations for the 1st Session of the Joint Higher Committee between the two countries. The committee meeting, held in Cairo, was headed by Prime Minister Mostafa Madbouly and the Vice President of Economic Affairs in South Sudan.

This is in line with the agreement signed in 2012 to facilitate the implementation of the joint higher committee. Minister of International Cooperation Rania Al-Mashat will chair the joint committee meetings at the ministerial and preparatory level, streamlining the development plans and efforts from both sides.

The coordination meeting, chaired by Tarek Elsharawy, an Advisor to the Minister of International Cooperation for Cabinet Affairs and supervisor of the Arab-African cooperation sector, looked into existing cooperation between Egypt and South Sudan. There are a large number of Egyptian projects already in action in South Sudan.

Egypt has already developed three schools in South Sudan, and a branch of Alexandria University is currently being constructed. The bilateral cooperation also encompasses the establishment of electricity networks across four cities, among many other projects.

For his part, Elsharawy stressed that the Egyptian Government has great interest in cooperating and in supporting the development agenda in South Sudan.

The meeting looked into the importance of contributing to the development process in South Sudan, and in maximising the joint benefits, capabilities, and natural resources that are available.

This comes in line with the political leadership directives aimed at supporting development efforts across the African continent. The joint cooperation also allows for Egypt to share its accumulated experience and knowledge for the benefit of the people of South Sudan.

During the meeting, the cohesive affiliation between the two countries in the sectors of water, irrigation, health, and education was applauded.

Further discussions took place on how to further develop and expand cooperation to other areas through the establishment of a suitable business ecosystem that would allow for more investment, and increase the volume of trade exchange.

The meeting also reviewed exchanged documents that will be signed during the Supreme Committee meeting. It also reviewed the outcome of the technical visits made by the delegation from Egyptian Ministries to South Sudan aiming to streamline the efforts and lay down a clear vision for the bilateral partnership.