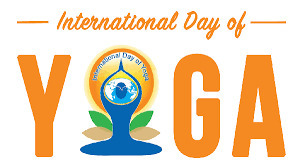 In celebration of the 7th International Day of Yoga, the Maulana Azad Centre for Indian Culture (MACIC) at the Embassy of India in Cairo is organising a special event on 21 June.

The event will take place at The Children’s Civilization and Creativity Center (The Child Museum) in the Heliopolis district of Cairo. The event is being organised in association with the Egyptian General Sports Federation and the Egyptian Kabaddi Federation.

The United Nations General Assembly approved the proposal by consensus with a record of 177 co-sponsoring countries, including Egypt, a resolution to celebrate 21 June as International Day of Yoga (IDY).

The UN General Assembly, in its resolution of 11 December 2014, stated that Yoga provides an integrated style for health and happiness. It also stressed on the importance of increasing the awareness of the benefits of practicing Yoga around the world.

A Healthcare Career: How to Take the Stress Out of Studying