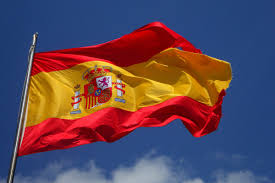 Egypt’s Ministry of Higher Education and Scientific Research and Spain’s Centre for the Development of Industrial Technology (CDTI) signed an agreement whereby they will jointly finance four development projects between public institutions and companies specialized in the field of scientific research.

These projects were presented during the fourth session of the Egyptian-Spanish Innovation Programme (ESIP) meetings which aim to launch ambitious joint R&D projects of a high international standard between Egyptian and Spanish organisations. Potential projects will be funded by the Science and Technology Development Fund (STDF) in Egypt and CDTI in Spain.

The projects cover areas such as agriculture, water resource management, health, construction, renewable energy, environment, as well as sectors of the traditional industry.

The budget of the four projects is estimated at about €2m, 67% of which are undertaken by the Spanish authorities and 33% by their Egyptian counterparts. The projects include the following:

It requires not only effective water management, but also the safe use of alternative water resources for irrigation water. The project is implemented by both the Spanish side, and from the Egyptian side, the Agricultural Research Institute in partnership with Modern Machinery Company (A.S, AZUD SISTEMA).

Biotechnology in leather tanning contributes to finding alternatives to traditional methods of the tanning and manufacturing process that leave behind chemicals Ltd. (A.S, PELETERAS INDUSTRIAS) poisoned for soil, water and the environment.

The main problems in the renewable energy sector are its storage. The actions to be carried out aim to develop, design and build a storage system for those facilities whose primary objective is to generate power at medium and low temperatures through an innovative and technically feasible solution.