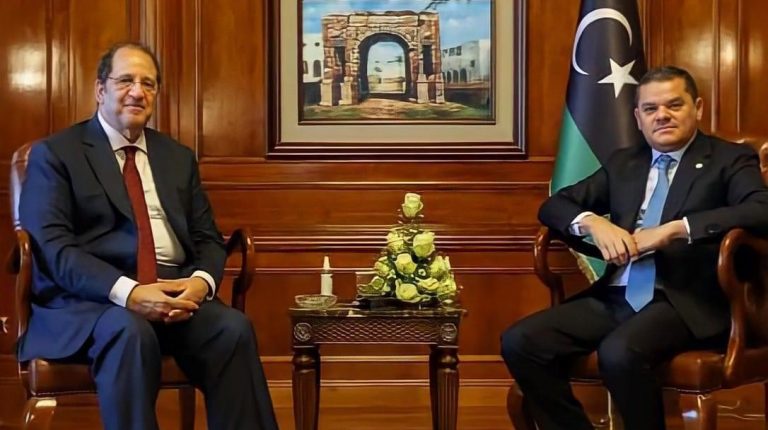 The Egyptian official conveyed greetings and appreciation of President Al-Sisi for the Libyan government, stressing that Egypt stands by the brotherly Libyan people and their government in the latter’s efforts to overcome this difficult period and achieve stability.

Both sides discussed the latest local and regional security developments, and ways to strengthen bilateral relations.

Al-Dabaiba expressed his deep thanks and appreciation to the Egyptian president and people, for their supportive stance to Libya, stressing his aspiration to boost bilateral relations in line with the depth of the historical ties between the two countries.

President Al-Sisi renewed Egypt’s support for holding the Libyan elections as scheduled, being the only way to establish a modern, civil, and democratic state.