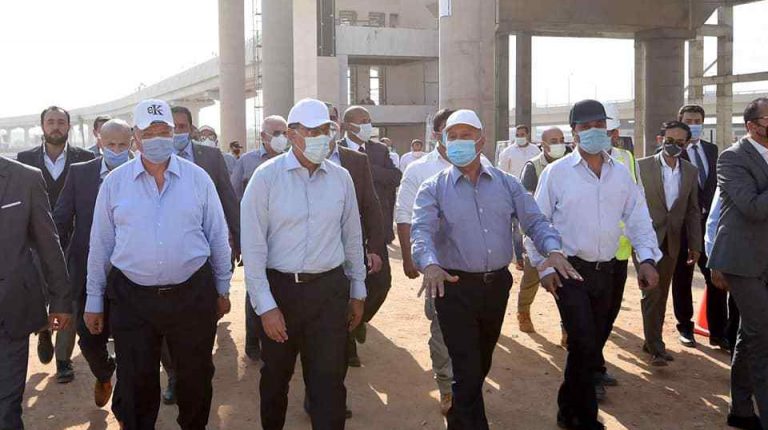 During the inspection tour, Madbouly was accompanied by Minister of Transport Kamel El-Wazir.

The Prime Minister began his inspection tour by noting that the Egyptian Government has begun, in the past few years, to implement several major national projects in the field of transportation.

This forms part of the government’s efforts to connect the Greater Cairo region with new cities that are being constructed nationwide.

He added that this was based on the vision of President Abdel Fattah Al-Sisi, to maximise the mass transportation system nationwide, including new cities. It includes upgrading the level of service provided to citizens through this system.

The Prime Minister also noted that work continues around the clock on these vital projects, in an effort to complete its operation.

He noted that the government is also providing all the necessary capabilities to implement these projects, coinciding with the preparations that are in full swing to move to the NAC.

Moreover, Madbouly inspected the large Adly Mansour interchange station, which will include an integrated transport complex and a commercial investment area spanning ​​15 feddan. Here, commuters will be able to change between five different means of transport.

The station includes a Cairo Metro Line 3 station that has already been opened and started operating, as well as an LRT station, a railway station connecting Cairo and Suez, and a Superjet station, in addition to the bus frequency.

During the tour, Madbouly was briefed on the executive position of several stations in the LRT project, whose implementation rate reached 88%.