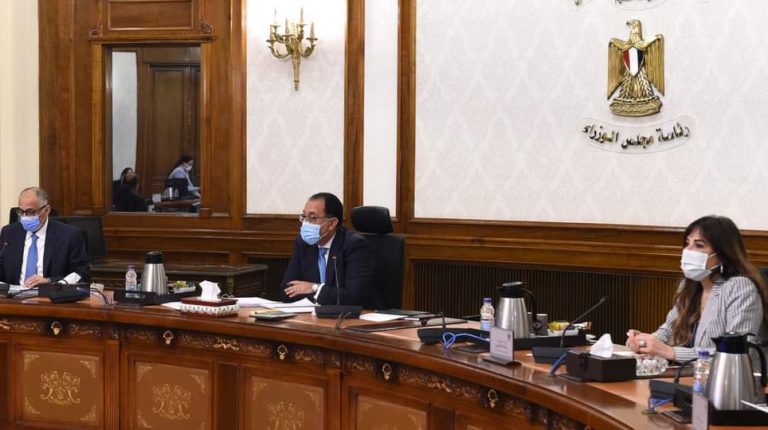 During the meeting, which took place in the presence of CBE Deputy Governor Rami Abulnaga and a number of CBE officials, the two sides also discussed the files of joint work.

At the beginning of the meeting, Madbouly praised the CBE’s performance, which has served as a compass directing Egypt’s banking sector during the last period since the outbreak of the novel coronavirus (COVID-19) pandemic.

He noted the CBE’s support of the individual and corporate sectors, which have contributed mainly to achieving economic stability for the various sectors along with the Egyptian Government’s efforts to support these sectors.

For his part, Amer confirmed that the CBE has succeeded in facing the challenges witnessed by the global economy as a result of the COVID-19 pandemic.

It has also made remarkable efforts that resulted in containing the negative effects of the crisis, as the bank took proactive and decisive measures, including a package of initiatives directed to support various economic sectors.

Amer referred to the initiative to provide the necessary funding to import strategic goods and support the sectors and companies most affected by the global health crisis. This was in addition to initiatives to support Egypt’s tourism sector, which included the initiative to replace and renew residence hotels, floating hotels, and tourism transport fleets.

Alongside this was the initiative to finance salaries and wages for tourism sector workers, and financing basic maintenance and operating expenses, with the guarantee of the Ministry of Finance.

Other initiatives included: support for the irregular workers in the tourism sector; the initiative targeting the industrial private, agricultural, and contracting sectors, with a value of EGP 100bn and a return price of 8% on a decreasing basis; in addition to the mortgage financing initiative for middle-income people, and the initiative to replace vehicles with dual-fuel cars.

During the meeting, Amer reviewed the proposed monetary policies for the post-COVID-19-recovery phase, as well as the CBE’s efforts, in cooperation with the Egyptian Government, to reduce high rates of foreign debt during the coming period.