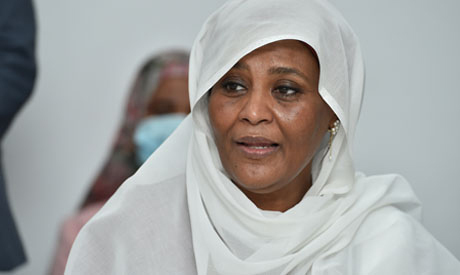 Sudan’s Minister of Foreign Affairs Maryam Al-Sadiq Al-Mahdi has demanded that the international community impose sanctions on Ethiopia for its intransigence regarding its controversial dam.

This relates particularly to the negotiations over the filling and operation of the Grand Ethiopian Renaissance Dam (GERD), which is being built over the Blue Nile.

Al-Mahdi accused Ethiopia of insisting on completing the second filling of GERD without reaching an agreement with the two downstream countries, Egypt and Sudan.

During a televised statement, Al-Mahdi said that Ethiopia insists on the second filling of the dam without an agreement.

“We demand the imposition of international sanctions on those who do not adhere to the GERD negotiations,” she said, adding that the second filling affects the interests of the countries involved.

She also said that the management of the GERD, with a joint agreement, will not harm any party in the region.

“The first filling greatly harmed our interests, as Ethiopia previously refused to give us information about the dam,” Al-Mahdi said.

She stressed that Khartoum briefed the United Nations (UN) Security Council on Ethiopia’s intransigence and damage to the foundations of good neighbourliness, and demanded that Ethiopia be obliged to international law.

The minister further affirmed, “The Ethiopian side seeks to procrastinate and mislead in the media space.”

She said that Ethiopia is suffering from cracks and a serious internal crisis, and that Sudan hoped for its stability.