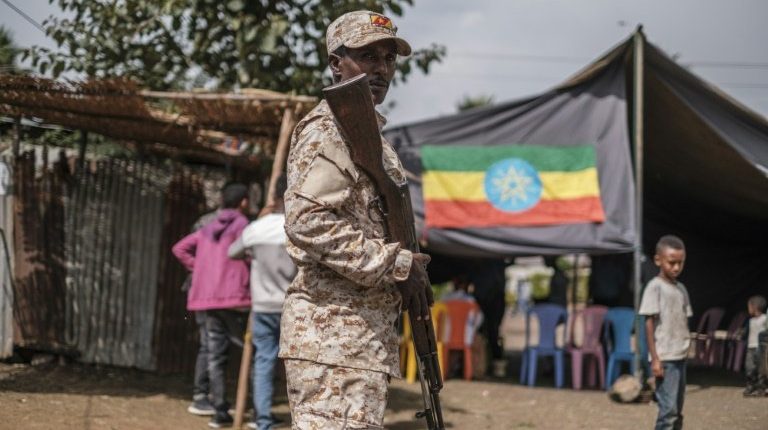 Ethiopia has held its general elections, which took place on 21 June. The Ethiopian Electoral Council, an independent constitutional body, announced last month that it would postpone the elections by three weeks for logistical reasons, including the delay in voter registration and the inability to print the ballot papers.

The Tigray region was excluded from the upcoming elections as it recovers from a military operation against the Tigray People’s Liberation Front (TPLF), which was recently designated by the central government as a terrorist movement.

However, the security challenges that have affected several Ethiopian provinces still pose a threat to the electoral process in the country.

The elections are the sixth of their kind since the country adopted the national constitution in 1994, and the first under Prime Minister Abiy Ahmed. They are also the true test of his popularity since taking office in 2018, when he was hailed as a peacemaker and economic reformer in a country known for its widespread repression and extreme poverty.

But he soon revealed his dark side due to his government’s actions in the conflict in the northern Tigray region, and its failure to adhere to the reform programme he announced. Now, he is facing his first major electoral test after his image worsened, as during his tenure many people have been arrested, and human rights organisations have documented evidence of thousands of arrests.

Also in 2020, the state-run Ethiopian Human Rights Commission confirmed the detention of 9,000 people after violence erupted following the murder of a well-known Oromo singer, Hachalu Hundesa.

And this is not only what Ahmed is facing, as there is also the issue of the Grand Ethiopian Renaissance Dam (GERD), which has damaged Ethiopia’s external and perhaps internal relations as well, and led to tensions with neighbouring countries, especially Egypt.

One of the [GERD] project’s purported benefits, according to the Ethiopian government, is that it prevents flooding downstream as it flows into Sudan. However, in July last year, after the initial filing of the dam reservoir in Ethiopia, floods occurred in Sudan from August to September 2020. During that time, the dam did not impede the flow of the river or prevent floods in Sudan.

Another lie was exposed through the “Green Legacy” project, when the Ethiopian Prime Minister pledged in 2018 to plant five billion seedlings every year until 2022. Experts confirmed that only about 30% of the seedlings planted in previous years were able to survival and grow. This was despite Ahmed saying last year that the growth rate of planted seedlings reached 84% of the total planted seedlings in 2019.

The sale of two telecom licences by Ethiopia, which the government called the “deal of the century”, was also delayed, which had a very negative impact on the economic reforms that Abiy had championed.

Other state-owned companies, including Ethiopian Airlines, were waiting for their turn in the privatisation process. However, that plan to privatise them was scrapped last year. The reason is the loss of confidence in the Ethiopian economy, and the weakness of the legal structure and investment incentives.

Meanwhile, Jawhar Mohamed became the most prominent figure of the Ethiopian opposition to be arrested during the era of Prime Minister and Nobel Peace Prize winner Abiy Ahmed. Mohamed, 34 and an ethno-nationalist with about 2 million followers on Facebook, had previously warned that Ahmed would turn into an illegitimate ruler.

Mohamed is now accused of being involved in the killing of a policeman during the violence that erupted following the assassination of singer Hachalu Hundesa.

It is also worth noting that although they belong to the same ethnicity, the majority Oromo, Mohamed and Ahmed differ sharply over the future direction of Ethiopia. The latter took power in 2018, and pledged to establish principles of democracy and unite the country divided by ethnic affiliations after decades of authoritarian rule.

This is how Ethiopia enters the elections while it is experiencing a real internal conflict in the absence of a clear vision about its future. What matters to us is the reflection of the election results on the file of the GERD negotiations.