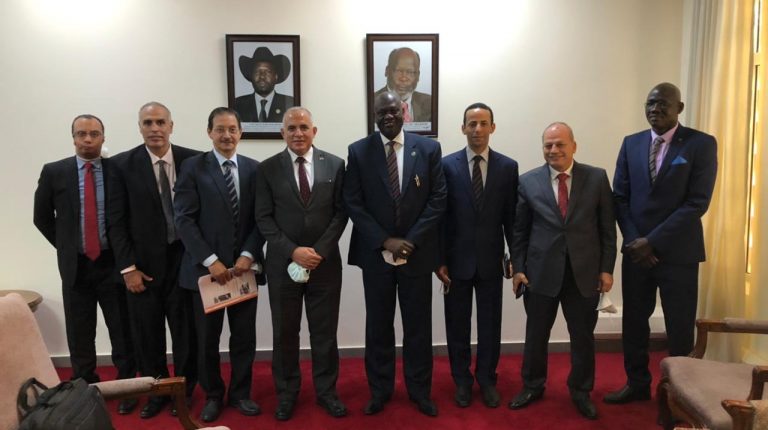 The meetings took place on the second day of Abdel Atty’s four-day official visit to South Sudan, which will come to an end on 25 June.

Abdel Atty said that the discussions addressed the progress of work in joint development projects in the field of water resources.

The two sides agreed on future steps to implement several proposed development projects in many fields, all of which aim to raise the standard of living in South Sudan.

The meetings also dealt with the developments relating to the River Nile water issue and negotiations on the Grand Ethiopian Renaissance Dam (GERD).

Abdel Atty stressed Egypt’s keenness to complete the negotiations, with an emphasis on the country’s constants in preserving its water rights and achieving the benefit of all parties.

The minister also emphasised the importance of reaching a legally binding agreement on the filling and operation of GERD that meet the aspirations of all countries in development. He pointed to the flexibility shown by Egypt in negotiating, which has been met with clear intransigence on the Ethiopian side.

Abdel Atty also said that the cooperation between the two countries has been in effect for several years, and has seen many development projects implemented that directly benefit the citizens of South Sudan. This is in a way that contributes to achieving sustainable development and raising the standard of living of citizens.