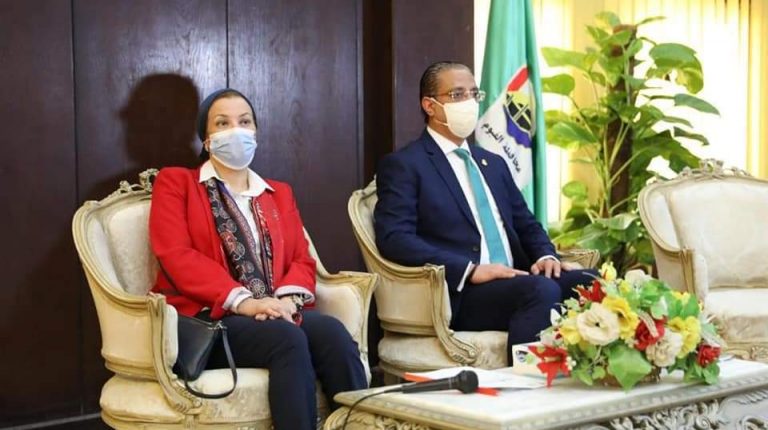 The model is located in the village of Qalhana near Itsa town, Fayoum.

The visit was also attended by: Fayoum Governor Ahmed Al-Ansari; Christian Berger, the EU Ambassador to Egypt; Amr Abdel Meguid, from the Center for Environment and Development for the Arab Region and Europe (CEDARE); Luca Mastripieri, Director of the Italian Agency for Cooperation for Development (AICS); and Ali Abu Sinnah, Deputy Minister of Environment for Projects.

During the visit, Fouad said that the project aims to safely dispose municipal solid waste and agricultural waste and use it to produce energy and bio-fertilisers. This is in addition to  supporting rural communities in Fayoum Governorate, and improving the standards of living.

She added that this project, which features zero emissions technology, is the first of its kind in Egypt, and serves as a pilot project. It has a capacity of 2.5 tonnes per day, and a production capacity of 100 kWh of electricity.

Fouad said that the project relies on decentralisation in waste recycling and exploitation, which contributes to eliminating the problem of collecting municipal solid waste from the source. It also provides permanent job opportunities for young people in local communities.